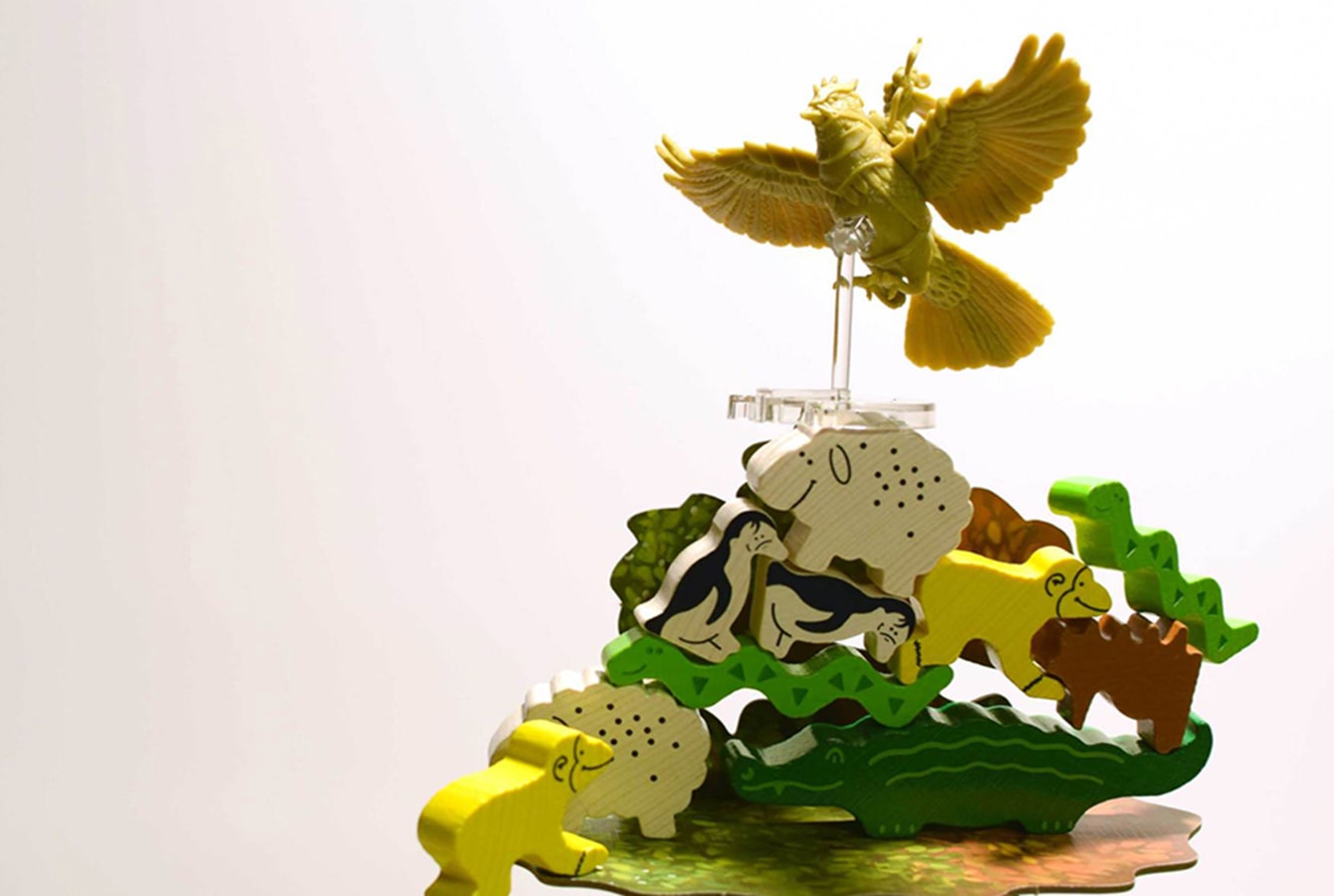 You know what’s fun? Predicting things. Such as upcoming trends in the world of boardgames. The next frontier, if you will.

What motivates you as a gamer? Discovery?

Here’s one new thing you can pretty much count on those design-meta-beams hitting: further explorations of Verticality.

Defining and object of persons’ possition on the vertical axis or lack there of.” [so sic]”

Now that we’re all experts, let’s get into this issue of vertical space. Of designing upward. Reaching for the stars. The sky’s the limit. Other sayings. Your boardgame experience has largely existed along the X and Z axis – prepare yourself for the great and glorious Y.

Check out the art and artists of Vindication

But…why? Because we can!

Boardgames are dang expensive these days – wait, don’t get mad – this means they also get to be hecka cool. (It is not my intent to get everyone all worked up and lathery about the cost of games. Let’s talk about cost trends only insofar as they non-latherishly relate to the thing at hand eh?). This industry is reaching a place where consumers are increasingly accustomed to, and accepting of, spending significant sums of money on games. I know this because this one time I had some money. Now, I do not. This isn’t my fault, games did this to me. I’m not alone in this and as a result, components that used to be impossibly expensive to even consider designing a game around are suddenly a lot more realistic and are becoming increasingly so. Sooner or later the design and publishing community is going to realize we can leverage this opportunity on more than just fifty-seven-leptillion miniatures.

One of the doors opened by this new reality is the one going up.

Because designers aren’t going to look a friggin’ gift horse in the mouth.

Creatives are creative. There’s no such thing as the end of ideas – designers will always find ways to develop new concepts. Boardgame design could be restricted to the confines of a shoebox for the rest of time and innovation would never cease. Yet, other than a few exceptions, vertical space is largely unexplored. (I see you – guy losing his mind over a small number of examples.) This chance to build with a whole new set of tools in a wide-open space just represents too fantastic an opportunity for many designers not to leap at. A handful of really successful high-profile games with big punchboard towers in the middle of the board and the market is going to explode with this type of thing.

So, they’re going to get cool looking stuff.

Table presence has become a seriously big deal. Components are selling games and the bar of what’s expected from games keeps climbing. Even taking the mechanical opportunities out of the picture, playing around in vertical space just looks exciting. Consider a simple, standard, basic dungeon crawl. Now add a second layer of board floating a few inches above the existing one. I mean, c’mon. People love the word “immersive”. How much more so is an experience where the scenes before you have vertical depth? You’re in the sewer, stabbing spiders and loving it, but your friend is in trouble again with those rude lizards he keeps running around with up on a platform, like, eight real-life inches above you. Time to get moving! If you don’t think the case can be made that that’s a game that can sell, you were clearly never a thirteen-year-old. What if the entire game space was a giant robot that players are doing euro-y maintenance on? You’ve probably seen Everdell’s simple but adorable punchboard tree. Do you honestly think there aren’t now games in development that take place in big cardboard tree towns that may or may not resemble certain forest moons? As the market evolves this type of experience is going to start finding its way into the mainstream side of the hobby in increasingly ambitious ways.

All this to say…

In the months and years ahead, we will be making more of these mildly-well-founded divinations. They are silly fun which, you know, is fun, but more than that – things like this are worth exploring if at any point you found yourself asking that ever-important question – “what does this inspire in me?” What fantastic new ideas leapt from your mind into that great big realm of things-that-may-come-to-be? What concept is now one step closer to entering the world for others to enjoy? What new mechanic or experiences do you imagine when thinking about games that rise up off the table?

Tom reflects on the Unsettled Kickstarter.

And what’s stopping you from creating them?

Make this the moment you turn inspiration into action. Get out a sketchpad, a notebook, your phone and just let loose, set your creative-self free and discover where it will lead you. We’re so excited to see the amazing things that only you can create.

*Please, do not send me emails defending miniatures. I like, and own, miniatures and I often paint them in my imaginary spare time.

What types of innovative designs would you love to see that involve exploiting vertical space? What other frontiers are you excited to see boardgames explore? What’s the best thing you ate this week? Sound off below and have a dang fantastic day.