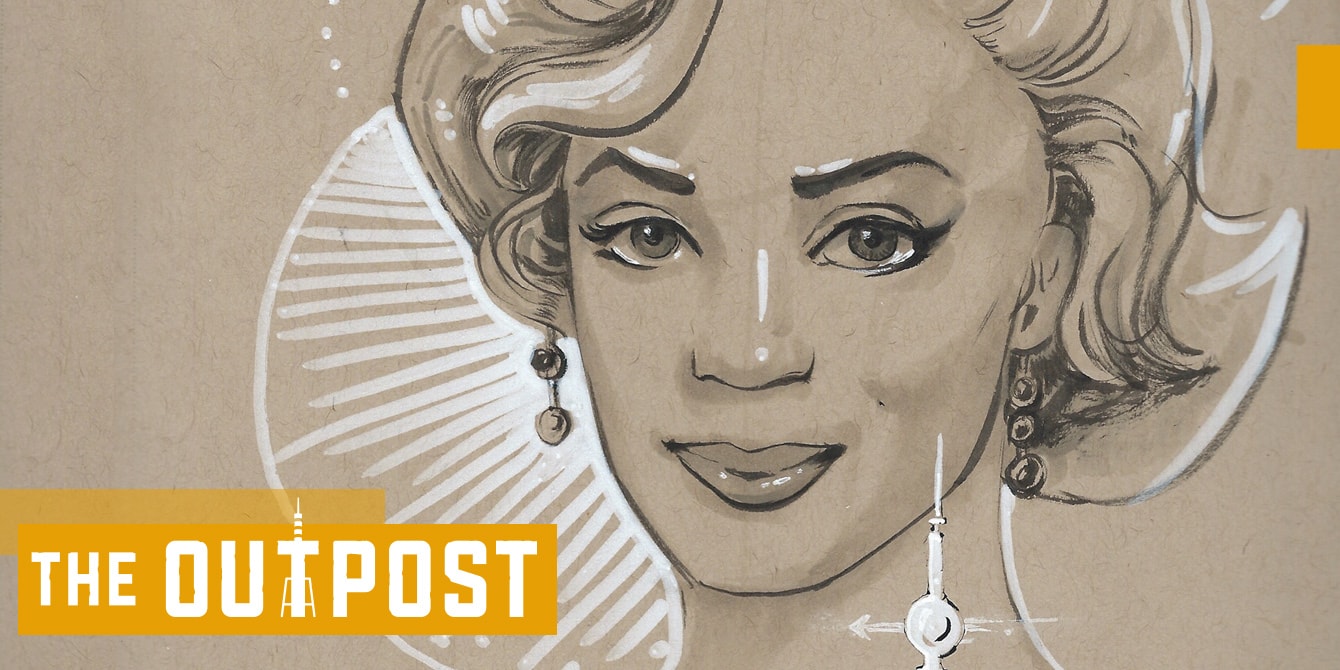 You know that person, who pulls all the attention to them the moment they walk into the room? The one with so much charisma, they are able to convince bitter enemies to hang out and be relaxed and groovy? These people bring out the best in us. They elicit creativity from us.

Their creativity inspires us. It makes us dream.

Passionate people encourage and uplift us to create something truly special.

While not a real person, take a second and think of Iron Man. Mentally replay that scene from Iron Man, when Thunderstruck is playing, pyrotechnics are blasting, and Tony Stark in the Iron Man suit lands on the stage.

If I were in the crowd watching that, I’d be glued to the entire spectacle. Seeing greatness like that inspires me to create from that spark within myself and I know I am not alone. At Orange Nebula, I get to see all of the incredible things the community does to foster their creativity. This causes me to feel a certain level of protectiveness over the community and look for ways to champion it.

Charisma acts like a muse for people. It uplifts and motivates, causing us to reach beyond ourselves. It inspires greatness.

Looking outside of the Marvel multiverse, we have a host of flesh and blood charismatic leaders, creators, and even inanimate objects that inspire us. But what makes something or someone charismatic? Is it something you are born with or can you develop charisma later in life? How do you imbue an object with magnetism?

Taking this idea of charisma as a driver of passion and creativity, the O-Neb team talked about it in episode 37 of The Outpost Podcast. If you’re a podcast kind of person, give it a listen. If you’re more of a written-word explorer; read on.

Charisma in the World

Successful people and things typically have a bit of je ne sais quoi about them, even if we don’t associate them as having charisma. There is a distinctive, attractive quality about them. When thinking about charisma, Olivia Fox Cabane, the author of Charisma Myth How Anyone Can Master the Art & Science of Personal Magnetism, writes that charisma consists of three main components:

Cabane contends while charisma is an innate skill for some, anyone can develop this ability. While typically applied to people, do we believe objects have this same ability to attract others?

Think about it. What are things about people that inspire you? What aspects of their personality could prove to get you to think of them as a muse? When I think of times I’ve seen charismatic people in my life, they commanded attention, exuded care and warmth, and up until now, I wouldn’t have recognized those two qualities gave them power.

When looking for charisma, it’s easier to start with people. After all, humans apply anthropomorphic properties to items, so starting with people seems to like it will be easier to get a firm understanding of what charisma is when it stands in front of us.

Charismatic people tend to have stage presence. They also take a page from Shakespeare and treat the world as their stage. They have a commanding presence. On the podcast, Derrick said, “When I think of charismatic people that I know, they’re very aware of who they are as a person and they’re very comfortable with that.” He believes that you might not have to have the self-awareness to be charismatic, but that it is a common thread.

According to some, charisma is something people can turn off or on. Marilyn Monroe was said to have the ability to go unnoticed when she chose. Then, simply by changing her body language, she could turn the charm back on.

Self-awareness operates as sort of a lightning rod, causing the person to exude confidence. But why would confidence attract others?

Thinking about it abstractly, it seems foreign that you having faith in yourself would have any impact on me.

Derick counters this thought process saying, “Everyone is looking to understand themselves more and more and be more self-aware and so seeing that take place in another human being or brand or company is kind of an alluring piece and is very magnetic.”

Perhaps in that light the concept, self-assuredness does have a gravitational pull.

Power is another factor Cabane believes factors into charisma. Of course, humans are attracted to power. From an evolutionary perspective, proximity to power can ensure survival.

Under this lens, imagining a powerful person with a strong stage presence, focusing on making us feel welcome is alluring.

If you could develop charisma, would you? Sure there is an obvious answer of, “heck yes I would?!” Think about it though. If you’re an introvert, charisma comes at a higher cost. Lighting up that room and pulling focus to you, while energizing others, drains you. If being the lightning rod feels disingenuous to who you are at your core, would you feel more alignment in creating something imbued with charisma?

If charismatic people possess self-awareness and confidence, how can an inanimate object display that same draw?

After all, inanimate objects, like an Ameritrash game can’t throw their shoulders back and flash a brilliant theme, heroes I want to be when I grow up, and hits of dopamine when that luck plays right … oh, wait.

Backing up further, when was the last time an object caused you excitement? What was it? A new game or a gluten-free cinnamon roll that had the fluff of a new pillow and the taste of baby angels frolicking through cream cheese frosting?

When presented with this question of what gives an object charisma, Marc posits, “As humans, we are hardwired to detect excellence when people apply the depth of meaning and they pay attention to the nuances and details of what they’re doing.”

As many of us likely experience, giving projects this level of attention is highly dependent on the type of product. Marc believes this zeal “is revealed much more in passion projects than projects that are, you know, spat out on a conveyor belt with the purpose of making money as efficiently as possible.

“And I think people are very built to detect those things and I think that they don’t always show on the surface so curiosity drives them to see … does this product, this community,  this brand have a depth that is going to be satisfying to me and my values.”

Counter to people, for a product to have charisma, Marc believes the item needs alignment with your personal values. Often we buy products from companies with a strong position, ones with charisma looking to apply that je ne sais quoi to ourselves.

If I buy quality (fill-in-the-blank), I am looking to ascribe that same level of quality to myself.

As board gamers, if we stock up on the latest Kickstarter games that are sure to fuel game nights and bring our playgroup closer, we have bought more than a game. We bought team building and self-care. We bolster our mental health and likely our immune systems by increasing our happiness.

That box of cardboard isn’t a box of punch-outs and plastic minis. It represents family time and strong social bonds.

When talking about it, Marc made a passing comment about how no one remembers the bread that is just like the bread they had last week.

Charisma then seems predicated on novelty.

“When you do something new, or at least a little bit new,  you create the opportunity for people to say, ‘FINALLY! There are my people, there’s my place, there’s what I’ve been waiting for. That feels different, that’s where I want to be.’” Tom adds.

When he thinks of charisma, Tom believes that novelty gives people a place to belong and, “then you inspire. You create the opportunity for devotion.”

But is devotion too strong of a word?

For Charlotte Franenberg, “Charisma is an irresistible attractiveness that triggers people to like and trust you.” She describes both people and products able to provide that same draw. That irresistible nature sounds like it would cause devotion.

Going back to Olivia Fox Cabane’s theory that charisma consists of warmth and power, in addition to presence we return to Marilyn Monroe. As an iconic beauty of her time, she imbues the level of presence Cabane writes about.

Many debate Monroe’s intelligence. While she seems typecast as the “dumb blonde” role, there are many accounts of her priding herself in reading. She was well-read. Her ability to command attention partnered with her intelligence and ability to navigate Hollywood made her powerful.

If charity is any indication of warmth, Monroe believed in giving back. One of the more notable acts credited to her is her three performances for US service members serving in Korea, while she was on her honeymoon.

This warmth is the product equivalent to being novel.

Charismatic people or products extend their glow, radiating on others. They make you feel something deep within you, adding to their luster.

As we look at ourselves and our passion projects, it’s likely we want to impart that same charm. Perhaps we want to focus on how our presence impacts others or hope that our project thrills and delights people. Going deeper, charisma is something we can grow and develop. We can add it to our creations. Often this is the nuance of intentionality.

Stopping to really connect with someone and see them or spending more time during your design portion to really meet and exceed needs. Those extra little details that are easy to forget to add up. The extra time is taken to polish up a cabinet or taking the time to acknowledge the humanity of the other person causes clear delineation in how we are perceived.

Like Marilyn Monroe, we all have the ability to stand out. It just might take more development for me than you. But what positive impact could we have on the world if we took the time to act with the intentionality needed to possess charisma? Is such a cost worth it?

Logically, I see the payoff of such investments of time and energy, as I am sure you do. After all, who doesn’t want to feel treasured or see their creations embraced?

Let’s do it. By focusing on our impact we can change the world.