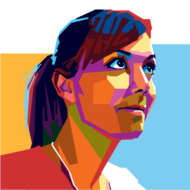 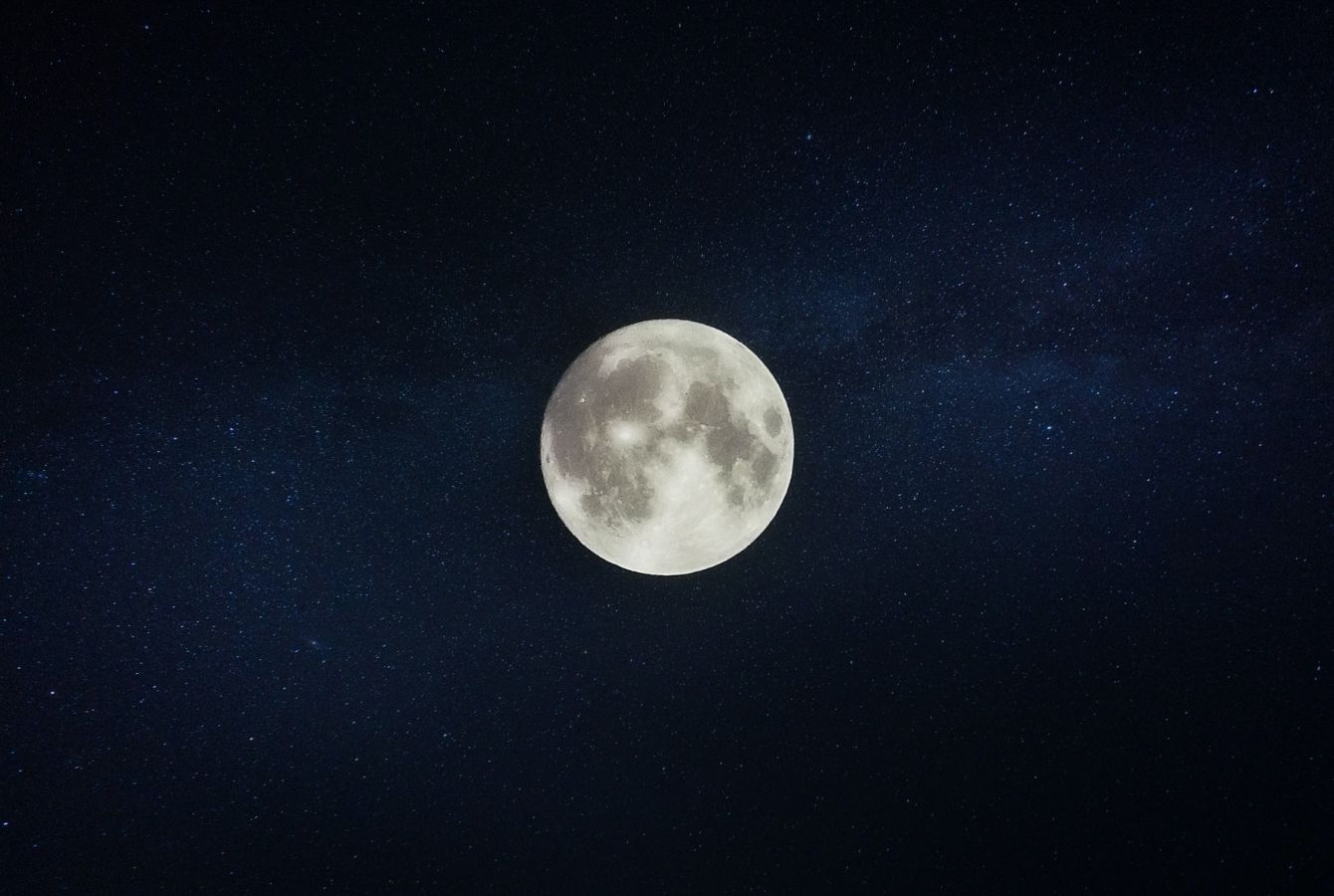 We talk a lot about fueling creativity. As creative people, we strive to increase our creativity whether that means turning off our phones or even creating replications of great pieces of art. What if creativity is based less on the topics we’ve previously discussed and closer related to sleep?

Since the 1950’s we’ve (read: smarter people than I) studied sleep, looking at the link between dreams and memory consolidation. In 2016, scientists studying mice found evidence further linking our ability to dream tied to the ability to remember.

In the Outpost podcast, we’ve talked about our creativity and how our bodies are basically machines that generate that creative-ness. We talked about how we feed the machines of our ingenuity and focused on the stuff you’d think we did. We talked about continuing to learn, eating right, and exercising.

One thing we didn’t spend a ton of time linking to our imaginations — sleep.

Sleep’s Impact on the Body

Sleep gives us the ability to recharge energy levels. Some theories around why we sleep include resetting our hormones or helping us process trauma.

It appears sleep affects us more than anything activity we can throw at it. In Why We Sleep, Matthew Walker, Ph.D. shares what he’s learned over a career of studying sleep. He’s figured out that sleep, or lack thereof, causes weight gain, reduces our response time to that of a legally drunk person, and even how professional athletes are less prone to injuries as a result of the amount of sleep they normally receive.

Link Between Sleep and Memory

Before reading Why We Sleep, I was unaware of how memories were related to sleep. During our waking moments, we store those thoughts and experiences in the hippocampus. While we sleep those convert into memories and transfer to the neocortex.

Think of the small region of the hippocampus as a USB drive. This small segment of our brain is only able to store a limited amount of information. Once it’s full of experiences it has to either delete existing content or conflate it with previously saved information, which is less than ideal if you are trying to maintain a clear sense of what happened.

Years ago, I watched a film that embodies the experience of taking in too much information. The film, “Waking Life” follows a person around as they listen to other speakers impart life lessons, while the protagonist (who doesn’t speak more than a couple of lines) attempts to uncover if he’s dreaming or not. Each scene is filmed in a different way which some appear very cartoon-like. The end result causes the viewer to feel like they are dreaming.

As the credits rolled, I attempted to replay all of the various tidbits of information the supporting characters attempted to impart and found I had a difficult time recalling the information. The film had accomplished its goal. It captured the ephemeral feeling of waking up from a dream. Recalling this film only gets harder with the more time that passes.

All of the information bombarded my brain, which was not ready for that level of information and my poor hippocampus simply couldn’t retain more than bits of the movie.

Dreams as I have learned, are our brains processing information. As content moves into long-term file storage our brains correlate the new information with existing stuff. This pattern recognition occurs as a dream. So while my brain processes the memory of a near car crash as I was driving to the grocery store, it might find a similarity to seeing a large dog run toward me snarling. This would at least explain the nightmare of getting chased by a werewolf.

Sleep does more than allowing us to make connections while we sleep. It actually enables us to learn. Throughout studies, Matthew Walker gets participants to memorize material. One study Walker presents separates participants into two groups. They both receive information and then have a rest period before being tested.

One group took a 90-minute nap. The other group spent the time playing games or looking at social media. The group that took the nap showed a 40% increase in their ability to recall the information.

A variation of this study attempted to see if findings were similar with a full night of sleep over a nap. Part of the group learned at the end of the day and then goes to sleep for eight hours. The other part of the group spends an eight-hour period going about their day.

After the eight-hour breaks, both groups are quizzed on their retention. Interestingly, the group that had the ability to sleep showed marked improvement over those who needed to recall the information after spending the same amount of time awake.

Link Between Sleep and Neuroplasticity

Every time we hit our hits we lose precious brain cells and while most of us aren’t heavyweight boxers or MMA fighters, we don’t exactly want to lose too many of our remaining brain cells. But what if I were to tell you, you could make more brain cells?

Neuroplasticity is the brain’s ability to create new connections. Throughout our lives, whether we have realized it or not, we have been creating new neural pathways and rewire our brains simply by the activities we engage with and what we do or learn.

The Nobel prize in 2000 went to Eric Kandel and his work in this arena. He was able to demonstrate that as learning occurs, connections among nerve cells in the brain increase (hold onto this thought, I will come back to it in the most incredible way).

The ability to make new connections fuels our creativity.

During REM sleep, that time during which our memories make that file transfer previously mentioned, our brains are seeking those new connections. That connection between two seemingly disparate things makes sense when viewed with the day’s experiences. Dreamers then display the ability to create those connections.

Should sleep get interrupted those connections aren’t formed and researchers are seeing reductions in creativity.

If these correlations are made while we sleep, isn’t it more important than to focus on sleep, over learning?

We listen to creatives talk about their muses for inspiration. What if creativity was less about staring at a painting for several hours and more about taking naps?

How to Rewire Your Brain

The concept of rewiring our brains is one that most of us have heard before. Often this concept is rooted in people attempting to overcome trauma or replace a bad habit. We have the language to recognize that these neural pathways are more ingrained and are easier to use. Certain habits are routine on our standard of operating.

Interestingly enough, that Nobel prize winner I told you to hold on to figured out an astounding discovery about how we can cause physical changes to our brains by what we do.

After studying obstructive sleep apnea and realizing that he rarely encountered professional singers who suffered from OSA, he began using vocal exercises as treatment. After thirty thousand hours of exercise, the physical structures of the brain changed.

Our ability to learn new things can change the actual physical properties of our brains. Imagine what we could do if we consciously applied this concept to shape our creativity.

Rewiring the brain for creativity

Giving credit to all of the learning and connections your brain made at night during sleep, Jim Kwik suggests doing exercises to remember dreams. He has several other ideas like brushing teeth with their non-dominant hand to create more neural pathways. He drinks a fair amount of water and takes deep breaths.

Kwik believes if the first hour of your day is brain-friendly the rest of the day is easy with your brain ready and able to tackle the tasks at hand.

While Kwik doesn’t mention it, adults need eight hours of sleep a night to function optimally, as learned in Matthew Walker’s book on sleep mentioned earlier. So what can we do to ensure we are getting enough sleep?

Practicing good hygiene isn’t just about handwashing; it also extends to sleep. Getting at least 8 hours of sleep – regularly – is what it takes for our minds to process events into memories, and make the most of the brain’s ability to create more pathways.

But let’s face it – we have many reasons we don’t get enough sleep. It’s common for people to binge-watch TV to soothe themselves after long days. Unfortunately, sleep deprivation robs our minds of the ability to regulate our emotions which tend to make our days rockier than they should be.

Researchers, Fuschia M. Sirois, Sanne Nauts, and Danielle S. Molnar made the connection that people who practice self-compassion have less of a struggle with maintaining proper bedtimes. The findings suggest this link to self-compassion grants people more control over their sleep. With sleep granting the recipient a greater command over their emotions, these regulated people are able to continually practice positive habits.

Intentionally give yourself 8 hours of time in bed.

This is likely the hardest part. Set a bedtime and ensure you lay in bed for plenty of time. Many times, I will hit what feels like a patch of insomnia. I will believe I stared at the ceiling for most of the night. My commitment to sleep requires that I spend time in bed not reading or looking at a screen.

In the morning, what I routinely uncover when I look at a sleep tracker app, is that I did wake up, but I wasn’t awake for very long and more-often-than-not get a decent amount of sleep.

Set your morning self up for success.

Layout clothes. Prepare the initial steps of making coffee. Whatever small steps you can do to alleviate stress from yourself will help. In the morning, after overcoming the auditory assault from my alarm clock, I’ve come to realize these small steps go a long way in easing me into the day.

As we think through the link between sleep and creativity, this is a lot to unpack. Sleep operates as a crucial bridge allowing the day’s events to cross over from short-term memory into long-term storage. Dreams allow our brains to connect thoughts and see patterns. It’s during sleep our brains focus on committing things we learned to memory.

Without sleep, 40% of what we attempt to learn seemingly evaporates.

While we sleep our brains have the ability to rewire themselves based on the sensory input they received throughout the day. While this might sound like a trite statement, it results in physical manifestations.

Sleep is the foundation of what good health is based on. While most treat it as a pillar that contributes to positive well-being, sleep acts as the bedrock on which all other habits are amplified.

When we think of cultivating a life of creativity, sleep needs to be a concerted effort. It is only after ensuring we routinely get eight hours of sleep that will we truly be able to access the best version of ourselves.