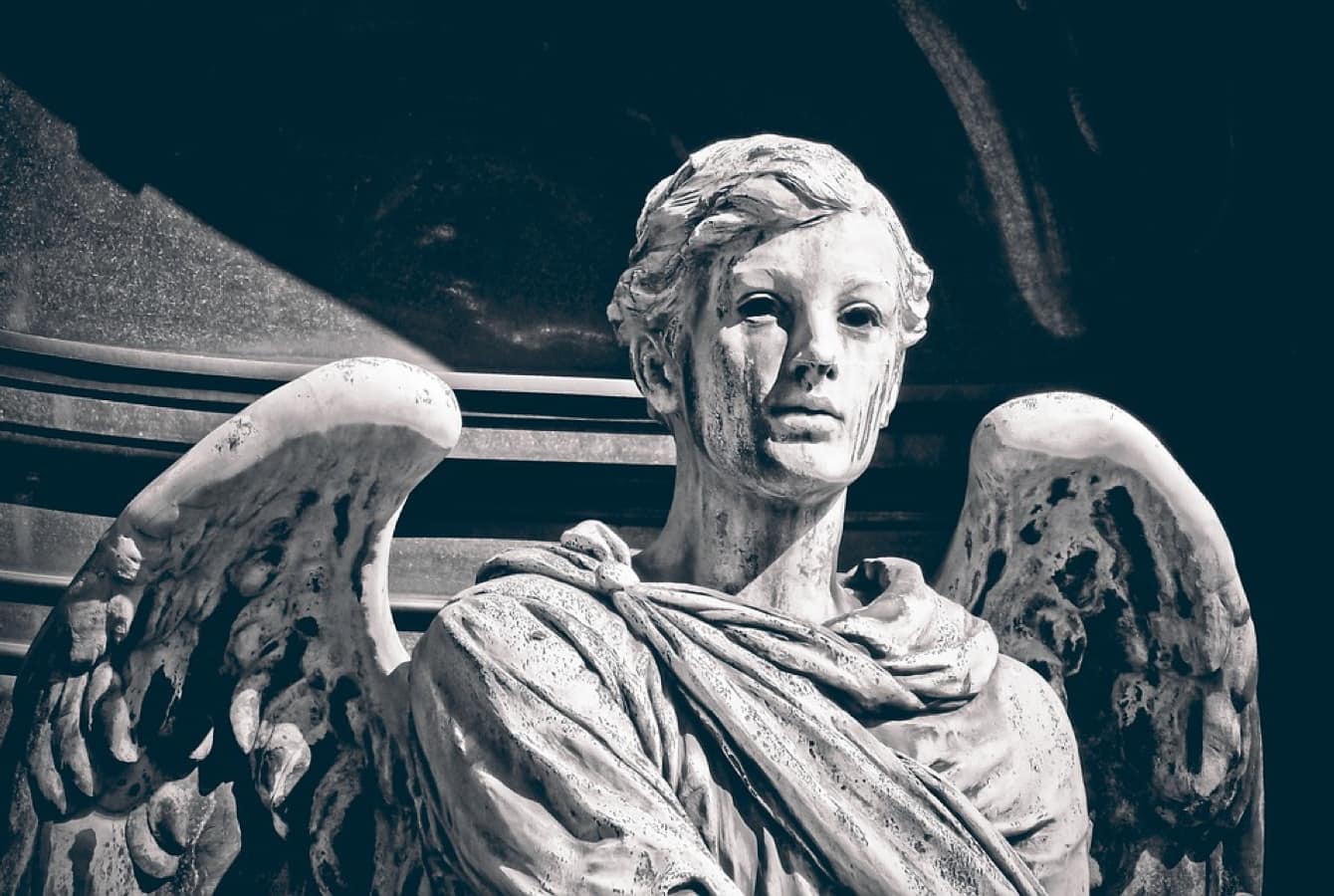 This is a safe space, right? …the kind of place we talk about our biggest fears and the crazy things we do to motivate ourselves. As the new kid on the block at Orange Nebula, I am branching out and risking security by sharing with you my fear of the Weeping Angels from Doctor Who.

For my non-Whovians (who didn’t start watching the show at season five, episode one and get hooked) Weeping Angels are an alien race. These aliens are quantum locked, meaning while you are watching them they are trapped in a state of non-existence as a defense mechanism and while locked are made of stone. When you blink – don’t blink – they animate, moving through space with the desire to touch you.

One-touch and these creatures blast you into the past. They then feed off of the energy your life could have been, leaving you stranded 30 or even 100 years ago to die of whatever and whenever. It’s a polite death, as far as murders go. Primarily these creatures resemble the angels depicted as lamenting over the gravesite of a person or standing covering their eyes, but they could be *any* statue. That’s the insidious part.

Walking through the park on my way to get lunch, I see multiple statues and people blindly walking passed on their phones, unaware of the danger they are in.

Don’t break eye contact with the statue. Do not under any circumstances walk through the park or a graveyard in the dark. The poor lighting plays into their ability to charge you. Doctor Who uses Weeping Angels to alert us to the danger of distractions.

Using stories as warnings is nothing new. The Grimm brothers recorded the folk tales, tracking stories holding morals and information needed to pass down from generation to generation. Want to warn your daughter about the perils of sexual assault? Tell her about Little Red Riding Hood. The little girl ventures into the woods (a location out of reach of the family), meets a wolf (stranger), who causes Red to stray from her path and admire the flowers. He later attacks her.

I want my little one to pay attention to her surroundings — Weeping Angels are key in teaching this. Don’t blink. Don’t even blink. Watch them. Know who’s around. Don’t blink.

We walk through the world glued to our phones. We walk by people in pain and we don’t even make eye contact. How different would the world be if we paid attention? Look for the Weeping Angels.

Taking this a step further, I believe my concentration at work would improve by implementing Weeping Angels into my office life. Influenced by a freaked out Pinterest user, I implemented a slideshow of Weeping Angels as my desktop wallpaper. Now, every 60 seconds, a single frame of her turning toward me, and moving toward the screen occurs. While probably a symptom of a larger mental issue – I am prompted by this Whovian villain to pay attention.

Sure, there are awesome people all over Instagram talking about mindfulness while taking photos meditating on top of El Capitan, but how do they walk to a coffee shop? How do they crank out the spreadsheet on Tuesday for the department meeting? As for me and mine — we’re locked on scanning for statues and threats.

What Stranger Things 3 Teach You About Parenting?