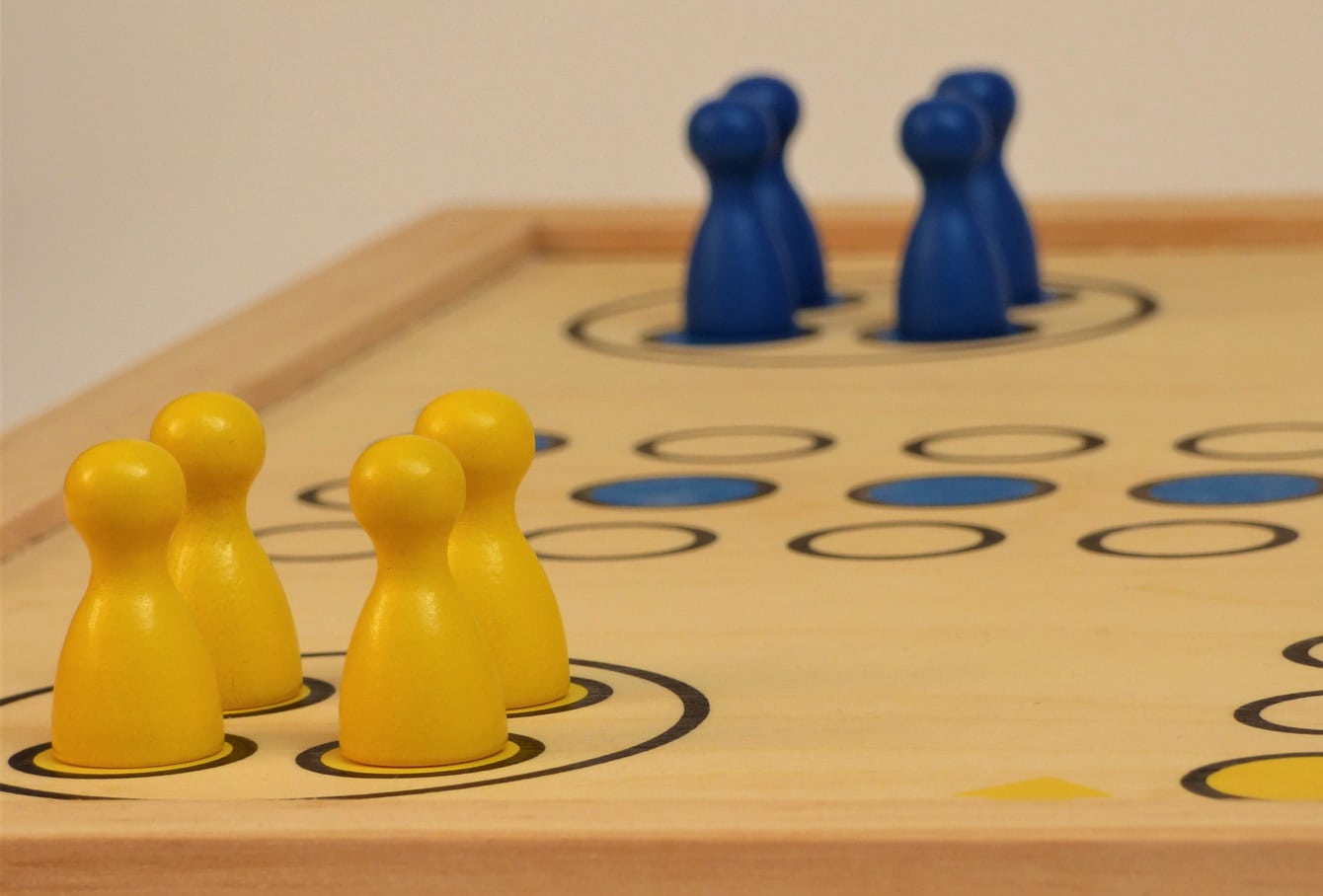 As we gear up to launch Unsettled on Kickstarter, it’s only right for us to help you start prepping to win this game and conquer another game night. We’ve already told you all it’s a cooperative game and Tom has said off the record, “The only way people are going to be able to lose this game is if they lose the trust of their team.” Now, since I don’t have insight as to what this game entails, this statement caused me to immediately imagine what dastardly plans he has to continuously shake up the groups’ trust.

Get the Unsettled vibe. Read what Theresa thinks it would take to colonize new planets.

As I think about needing to establish and build trust to play a board game, I feel like DnD parties have us, cardboard players, at a real disadvantage. While we were flipping over our Monopoly boards and screaming at Grandma that she was cheating with her PINK $50s, they were banding together slaying Beholders and clearing dungeons. They learned how to trust enough others as they overcame huge odds.

Now, I know many people have been playing collaborative games forever alongside their competitive ones, and I’ll raise my hand and say my favorite one is the time-tested Pandemic, but this does raise the question – how do people create trust with their party?

The Trust Equation to Establish Trust

In researching for this post, I found two pretty good articles that I liked for very different reasons. One had the trust equation

Each of these traits is rated on a scale of 1-10. So let’s assume you’re playing with Mike. I’ll pretend I’m choosing this name because it’s a fairly common name and not the name of my husband. Now Mike’s a fairly credible person. I’d give him a solid 8 here. With reliability? 7. And as far as intimacy? Perfect 10. So far Mike is rocking a 25, but now I have to divide this by my perception of how self-centered he is. Out of 10, I’d say 3. He’s focused on others so he gets a total trust score of 8.33.

Even when writing this I am pausing to tally the score of everyone coming over to the house for pizza, but on with the show —

Let’s assume you’ve never played a cooperative game or more realistically, you haven’t played with this group before. How do you establish trust? And before any of you start spouting off, “it takes time,” need I remind you we ain’t got time for that. We have a game to win, now. In real-time.

So when I use the lens of needing to quickly throw down the foundations of trust so we can get down to slaying Rathian Tunneling Goats (not a confirmed character of Unsettled), I drew inspiration from a salesperson. After all, they have a short period of time to establish rapport so they can get the sale. Their advice:

There’s a lot of research available on how quickly we size people up. Realize we have about 7 seconds to create a first impression. Since we don’t have much time, be welcoming and kind.

You know how I said you have 7 seconds and you really need to focus? My instinct is to rush through that friend-making step and start rapid firing through the process but slow down Turbo. (Not you, me. But you might benefit from this too.) Allow everyone to get situated and relaxed. Your tone sets the stage to allow them to feel like they could trust you.

Chances are if you’re already having a board game night, this has already happened. Validating yourself in this instance is providing commonalities with the other person. Who do you know in common? Establish shared gaming favorites.

Learn more about personality quirks as a game mechanic in Unsettled.

The more you can get the other person to talk about themselves the more comfortable they are. Think about times you have felt really understood by a new acquaintance. Chances are you did a lot of talking. Remember this and treat the new party member like you’d want to be treated.

Everyone has a great story. Getting to listen to it requires asking thought-provoking questions. Asking the right question requires you to focus on the other person. Remember the trust equation earlier? How self-centered they perceive you completely undermine the amount they trust you. By thinking about them you’re able to create questions that allow them to express themselves and ultimately establish trust.

Find common ground and agree with them. This is like common sense once you hear it, but this is the first time I’ve seen this in a trust-building article and know I need to pass this on. While they might want to start talking politics or any of the other socially taboo topics, steer the conversation back to the glory of team building and how amazing Brenda’s homemade queso dip is.

The more they know you agree with them the more they will trust you. So establishing which season of Stranger Things was the best or why you loved X-Files more than any of the current shows allows everyone to settle in for a solid night of gaming.

Basically, be a relaxed and cool human. Care about other humans and enjoy the night. What are your tips for adding new people to your game night?