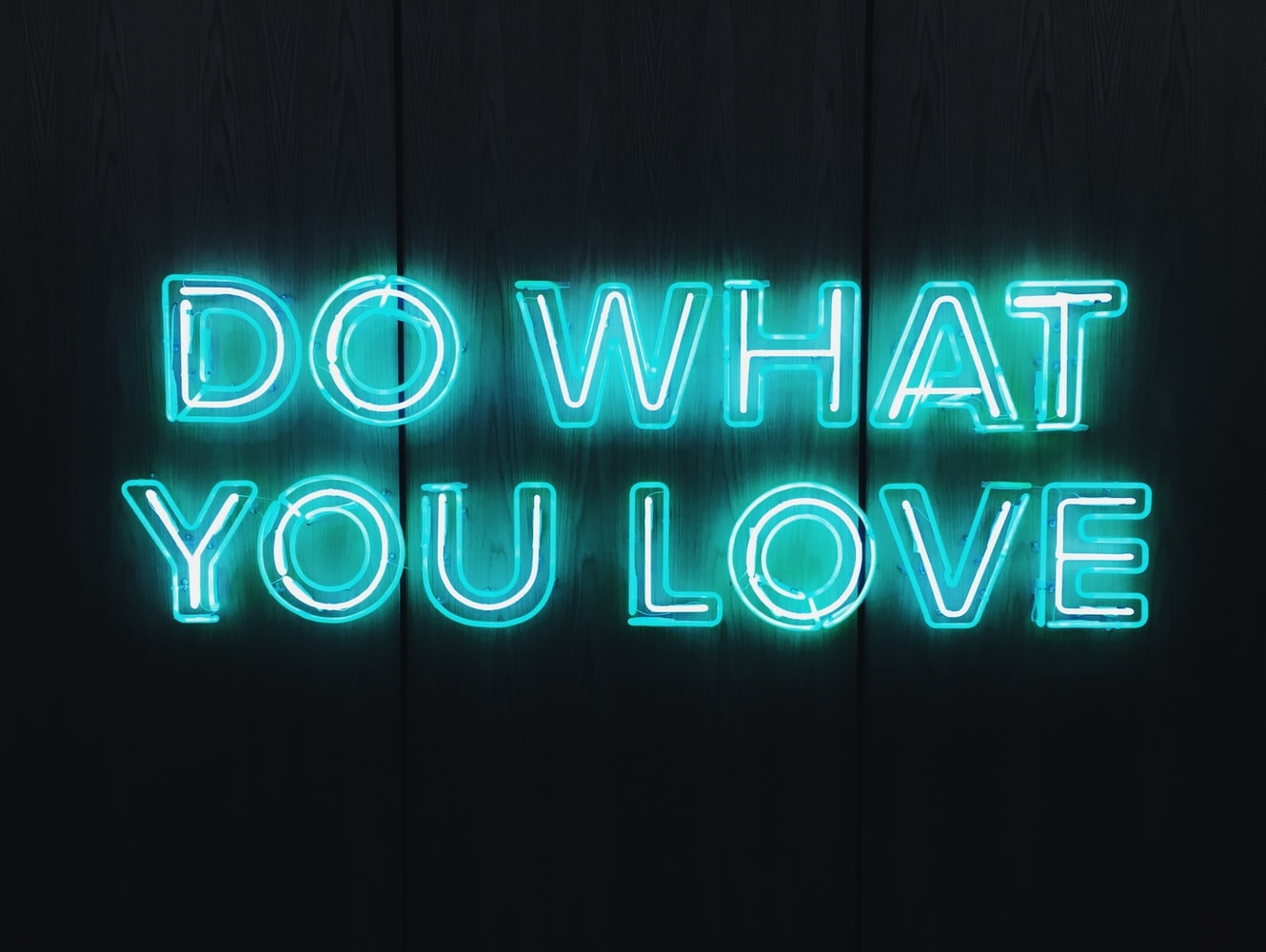 Financial advisor, Chinkee Tan said, “Opportunity comes to the prepared mind.” With that in mind, I’ll add that motivation acts as the vehicle to success.

Tan embodies his quote. His family’s business suffered a huge loss when he was twelve and he did what he could to support the family’s income by selling products to classmates. As he grew, he continued trying his hand at entrepreneurship and now travels as a motivational speaker.

Tan took what he learned as a preteen and continued to build on it – eventually growing a business to 30,000 employees. He spent his life prepping that for that moment, using the experience of his family’s tough time as motivation to build stability.

In my own life, I recognize the importance of motivation. While my motivation might spring up overnight, that drive is nurtured, as I refuse to back down from my goals, even if it requires me to pivot slightly to accomplish milestones.

That motivation to succeed is built on our passion. At Orange Nebula, we talk a lot about that drive. In a previous podcast, Marc made the comment that you are responsible for your own passion, that no one was going to build that for you. That got me thinking. What is motivation? How does it inspire? How do we cultivate that growth?

Looking at Chinkee Tan’s story, it’s not presented as he was born with an innate ability for entrepreneurship. He practiced it. His story isn’t unique. Undoubtedly, when we look at stories of people who have succeeded against all odds we see one common thread – motivation.

Growing up, the main job prospects for Arnold Schwarzenegger was farm or factory work. His family expected him to choose one of these routes. Yet neither occupation ignited his passion. It was by chance he came across a magazine with the then reigning Mr. Universe, Reg Park, on the cover. That triggered Arnold to hit the gym. He wanted to win that title. Every rep was a step closer to his dream. He continued to work out for hours every day while keeping his mindset on winning the competition.

Crazy enough – Schwarzenegger had a brother and when compared to him, Arnold was the unathletic one, even considered gangly by his father.

For Schwarzenegger, the adversity he faced fueled his desire to succeed. He refused to give in to people who told him he couldn’t do it. When his parents took his weights from him, he ended up creating new ones out of readily available materials.

He wouldn’t accept giving up on his dreams.

It was through hard work and dedication that Schwarzenegger won the Mr. Universe competition.

You know that crazy accent Schwarzenegger has? It enabled Terminator’s success. Without that deep robotic cadence, the film would lack intensity.

Sure Arnold wouldn’t be able to replace any character in “Sleeping in Seattle,” but pop-culture needed Schwarzenegger’s size and voice. The very same attributes that prevent him from filling benign roles are the same ones that set him up for greatness.

Schwarzenegger didn’t accept his scrawny physique, nor let the words of doubters stop him.

By that same token, your flaws enable you for greatness in a way only you can inspire the world.

Growing up we all heard the phrase, “You can be whatever you want to be when you grow up.” This is an interesting statement made by adults –especially when 80% hate their job. How can both statements be true? Wrestling with the tension, I propose we all lose our way.

I firmly believe that we can accomplish anything.

Want to professionally play basketball but are only 5’ 3”? I gotchu. Muggsy Bogues played for the Hornets for a decade. I bet he also outworked everyone around him too. He’d have to.

Opportunities Come to the Prepared

Malcolm Gladwell approaches this concept in his book Outliers. He sets up the premise that any of us can be masters of our craft if we put in the work. All we need is roughly 10,000 hours of dedicated practice to get there.

Sure you could have been born a piano playing savant, but over time you will lose your spot in line to people with more grit and determination – those people who are putting in the work. It’s that work that made Bogues great at basketball.

While there is no doubt that practicing enables mastery, there are instances where putting in the 10,000 hours isn’t applicable. In fact, a recent study by Princeton shows deliberate practice only works in a “stable structure.” In basketball and weight lifting the rules don’t change.

Certain areas, like music and business, often rely on disruption to push progress. The very act of acting counter to the culture, cannot be practiced. The rules change.

They point out that Sid Vicious of the Sex Pistols couldn’t play bass and yet they were successful. While I see their point, and they are completely right about that, I argue that no one, literally no one is voting Sid Vicious into the Rock and Roll Hall of Fame on Account of his bass skills.

In business, which is founded on chance and connections; with experience not making up a significant portion.

Again, they aren’t wrong, but they are equating mastery with fame or success. I’m not sure that’s accurate. Emily Dickenson was a gifted writer. She spent her life crafting the most amazing poems. She mastered her craft without seeking publication. Her motivation was the craft, not fame.

It wasn’t until her writing was discovered after her death that people read her work. It was at that point she developed fame. The same is true of our greatest artist, many of whom died broke only for their work to be deemed valuable later on.

Never Too Late to Change

Pausing a moment, I need to recognize the privilege I have in talking about this subject. I have steady access to food, housing,  and the support of a family. I grew up with access to an education and I am one of the few Americans who actually like what I do for a living.

Many others live in drastically different circumstances. If I didn’t have the support systems in my life I would have to work much harder for happiness. In extreme cases, I’d likely adjust my goals to give my child the opportunity to have a job she loved.

Her success would become my motivation. Like Schwarzenegger looking forward to another 2000 situps that would make laughing feel like a bodily assault, I’d welcome the pain knowing it made my goal that much more achievable.

Another mistake we make is assuming we need to hit milestones at specific ages. We compare ourselves to other people’s timelines. Perhaps this is easier to do in the age of social media. We can see people we went to school with who already did (blank) and according to the ‘gram their life is perfect.

When we think of our own lives it’s important to remember many of our heroes didn’t succeed early on. Harrison Ford was still a carpenter at 30 years of age. Morgan Freemen didn’t land a movie role until “Street Smart” in 1987, at the age of 52.

The biggest mistake we can make is doubling down on a life we don’t like because we don’t believe we have time to change. I say this to myself as much as I write it to you.

How to develop needed motivation

Okay, you’ve read this far so let’s look at what we need to do to create a roadmap for driving positive changes in our lives.

The hardest part about finding motivation is unlocking which ideas to rally around. In a Psychology Today article, Justin Kompf relays a story about Warren Buffet talking with his pilot. Buffet asks his pilot to talk about his goals. Then Buffet encourages him to rank those goals on a scale of 1-10. Finally, he tells the pilot to eliminate the lesser goals and focus on the primary ones.

Set Triggers for Your Goal

Are you wanting to write a book or exercise? Create events that trigger that activity. Block out writing time after finishing your coffee. This gives your brain something focus on while you’re in transition. Heck, you might even start during the coffee with a jolt of inspiration.

Did you get the number of hours you wanted to work out this week? No? What happened?

Living in the Pacific North West, I don’t set goals like running outside unless I’m willing to tackle running in the rain. If I continue to miss my goals of running because of the weather, I need to pivot. Perhaps I need to consider a different exercise, waterproof leggings, or a gym membership.

If running is my goal and I am not hitting my targets of getting out, I need to revisit the reason I want to do this in the first place. Arnold Schwarzenegger didn’t let having weights taken away from him stop him. I need to reconnect with my why and use it to fuel me.

While I used running as an example above, my true exercise is karate. I train at least three times a week. I do not allow myself to skip training, in fact, I use my instructor as a touchpoint to hold me accountable.

If I start missing classes my instructors reach out to me. If running is your thing, consider a running partner. Due to technological advancements, you don’t even have to be in the same city as your partner. We can use FitBits or smartwatches and set challenges to use our competitive natures to get our bodies up and moving.

Is your goal to write a book? Join a writing group. Meet virtually with them and share progress.

Accountability doesn’t need to be through another person. You can choose to set a target and a consequence. Is your goal to do a load of dishes and laundry every day to keep on top of the housework? Then set a consequence of not completing your chores to something like donating $100 a cause.

Knowing not folding that load of laundry costs you $100 (hopefully) causes you to get your ku (the Portuguese word for booty) off the couch and get to work. Of course, you can lower that threshold, I couldn’t afford $100 donations like a baller. I picked that amount as it would definitely motivate me.

Bringing it All Together

What works for you to drive your passion? How do you feed that machine? Are you someone that needs community support or are you like Emily Dickinson and prefer to operate all by yourself? Do you want your goal as badly as the teenage Arnold Schwarzenegger and are willing to dedicate five hours every day pumping iron to rebuild from a gangly unathletic build into Mr. Universe? Are you dedicated enough to your goal that you won’t allow something like your height to disqualify you from the NBA?

If this pep talk, that I mainly wrote for myself, inspires you — map out your goal and establish how you’ll accomplish it. Add in accountability. If you are strong enough to hold yourself up to your standards then excitedly report your progress to us. If you’re like me and need others to hold you accountable, then get that system in place. Keep the reason you want to accomplish that goal in the forefront of your mind.