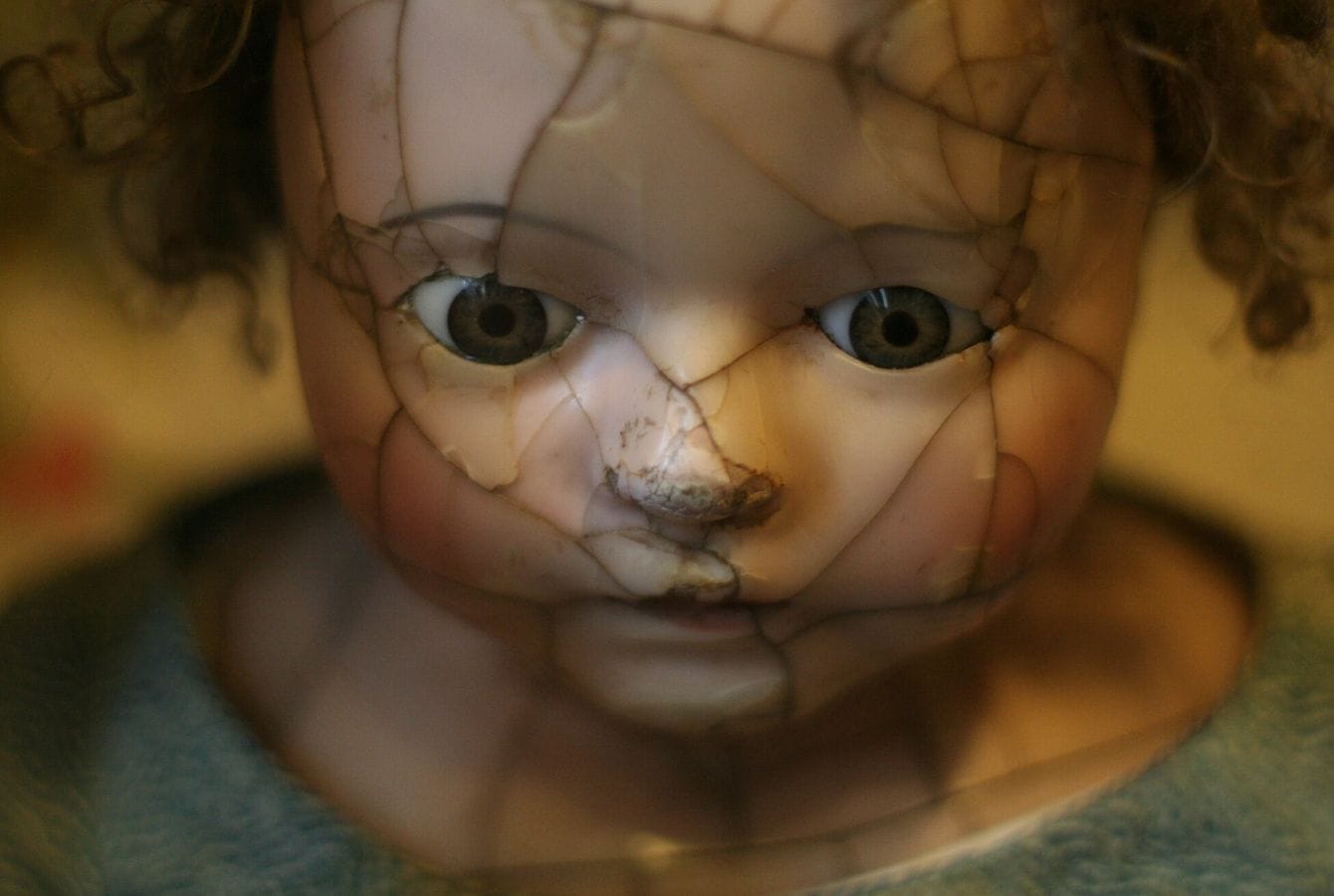 As a child, my grandmother stored the vacuum cleaner in the hallway, hidden only by this human-sized doll designed to hide the vacuum under her long skirt. By-the-way this doll stood at roughly the same height as my 4’ 11” grandmother.  It stayed and was positioned immediately next to her bedroom. In the middle of the night, if you needed to use the restroom, you’d see the detailed face staring at you, in the low light when you opened your bedroom door. Aside from this doll comprising my personal nightmare fuel, it seems dolls, in general, are frightening and I am not alone.

This doll haunted me before Chucky was running around with a knife, but it begs the question, why are dolls creepy? Where does the Chucky story hale from? How are creepy dolls evolving?

While I doubt more than three of The Outpost’s readers have thought about this, I can’t help but run down the rabbit hole. Read on if you don’t need sleep. 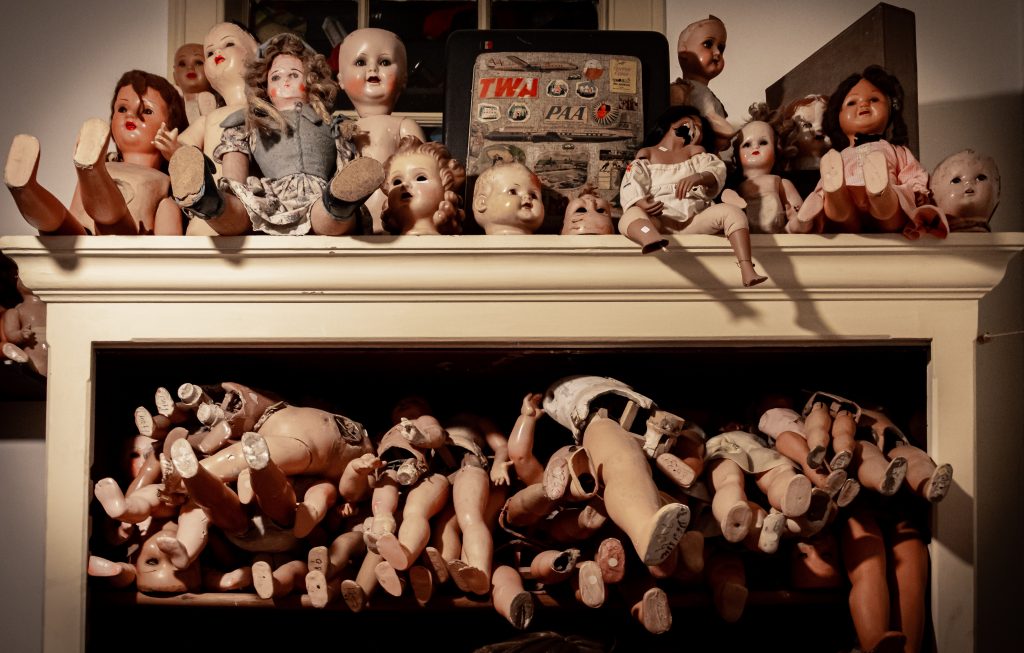 In an attempt to better understand creepiness, psychologist, Frank McAndrew, and graduate student, Sara Koehnke, explored what makes things creepy. McAndrew explains creepiness is the concept of getting mixed signals from something. It feels dangerous, but people are unsure if it actually poses a threat. This promotes a heightened response, without triggering outright fear. This creeped out response causes us to be more alert and take in more detail in attempts to remain safe.

From an evolutionary standpoint, people avoiding threats fair better than those who were not as in tune with their surroundings. This makes complete sense.

Serving as the inspiring Childs Play, in 1904, a large doll (said to be the size of a four-year-old) was given to Robert Eugene Otto. The boy went by Gene and named his doll Robert.

“Robert did it.” was the common refrain from Gene, as toys, furniture, and more broke. When things occur when Gene wasn’t home, the family blamed the servants. On top of receiving blame for Robert’s actions, servants heard footsteps and laughter. This resulted in constant turnover.

In the Lore podcast, Aaron Mahnke explains Robert might have done more than destroy things. This doll is also responsible for a murder.

Neighbors claimed to see him in the windows. Servants would note the doll in different rooms from moments before. Gene’s aunt hated the doll. Reluctantly, Gene’s parents seal Robert in a box in the attic. Shortly after, Gene’s aunt dies in her room and the doll returns to Gene.

Even after Gene grew up and got married, Gene continued to bring the doll with him. Gene’s wife complained of hearing the same footsteps and laughter servants had heard years before. Manke’s podcast says she later went crazy and killed herself.

The story goes on and I really suggest listening to the podcast about Robert.

Robots are the new Creepy Dolls

As creepy as the thought of a doll appearing all over the house is, I argue that robots are the new creepy doll. I don’t think all robots are creepy though. I suggest that the more bots attempt to resemble humans, the more they trigger the same deep-seated fear people have of dolls.

Couple this concept of humanoid robots having the capacity to learn. Recently Google created a program of a distinctly not humanoid robot that allows robots to learn how to walk.

Now while we are creating ways to allow them to teach themselves to do all kinds of things – let’s run further down this hole and pay attention to the group of researchers videoing themselves electrocuting a childlike robot while it displays a pain response.

Not All Robots Are Creepy

Before I convince everyone I am completely against dolls and robots, someone posted this video of a robot cafe that gives me more faith in humanity. In Japan, there is a cafe where robots are controlled by people with physical limitations. These robots allow these otherwise housebound people to have jobs and interact with members of the community.

Imagine how revolutionary that is for each employee controlling these bots? I admit I got emotional watching the video and would love to patronize that cafe, as long as the bots continue to look extremely robotic.

While I am completely a believer in McAndrew’s study of creepiness and believe certain dolls and robots bear that too close a resemblance to people can’t be trusted on a visceral level, I am largely unaffected by the dolls and toys my kiddo has at home. This is likely more of a response to not allowing items that threaten me to reside in my space and less about being influenced by dolls.

As we as a race go forward and continue our work in robotics, we would be wise to ensure we keep the human race pacified by but allowing robots to closely resemble people and thus creep them out and should the robots continue to receive programs that allow themselves to teach themselves — we’d be wise to stop filming us torturing them.

Not saying we are going to be overtaken by robots, but when they do it’s going to creep us not like none other… and I, for one, will welcome our robot overlords.

Ever think of Medusa’s myth through the lens of true crime? We did…