The Power of Frankenstein 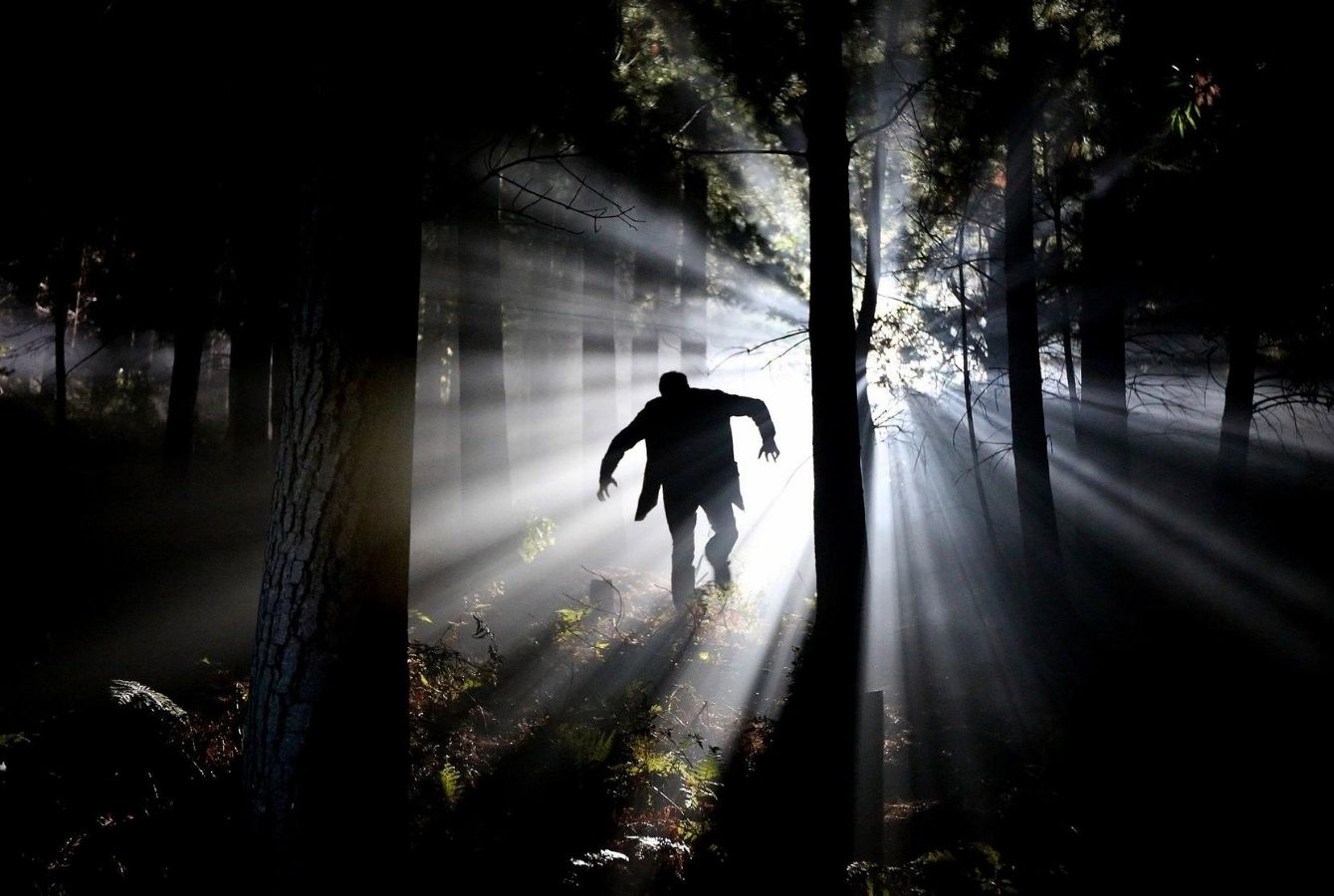 Every year, I re-read Mary Shelly’s Frankenstein. I’m fascinated with all the underpinnings of what makes us human or monster. As a novel, there is a unique power in Frankenstein that is overlooked by most adaptations.

Before I really dive into the takeaways of nuance from this incredible book, I need to really set the stage to distinguish this work from modern takes.

Frankenstein is the Scientist

In attempts to create a shorthand for the conversation we as a culture rush through important verbiage and misattribute names. Frankenstein is the scientist. He’s not the composite male strapped to the table in the lab.

It’s Victor Frankenstein who skips school, studies fringe science, chops up bodies, and feverishly works on his experiments. He literally works himself sick. None of this is hyperbole. In the story, Victor does his best to invest the mad scientist trope.

Frankenstein hit the shelves in 1818. We can logically assume he was sick because he wasn’t washing his hands after going elbows deep in the disenturned. Seriously. It wasn’t until 1847 when Ignaz Philipp Semmelweis found the link between women dying in childbirth and common practices. Doctors were performing autopsies and not washing hands when attending to patients.

Hand washing caused a major uproar. Doctors did not want to believe germs from rotting corpses —  a result of their studies — was the reason their patients kept dying. Ultimately, the medical community banded together and blackballed Semmelweis. They committed him to an asylum, where he died shortly after, likely due to the poor living conditions.

Before we dismiss handwashing as a one-off occurrence from the “bad ol’ days”, it’s important to remember another dark practice during this time. Corpses during this time period were viewed to have healing power. In 1847, an Englishman attempted to cure epilepsy by mixing molasses and the skull of a young woman and feeding that to his daughter.

Yeah. These were dark times and it’s no wonder Frankenstein was widely-acclaimed.

Victor Frankenstein’s world where he learned what it was to be a doctor was very different from how our modern understanding. The last two hundred years of medical advances shape the questions of the ethical responsibility of the medical community. We’ve made a lot of strides; we wash hands, not hand out skulls as medicine, and hold doctors responsible for their actions.

The Creature is not a Monster

It’s important to me to not refer to the creation as a monster.

I have a hard time believing evil is born. While I have not seen everything, I’m more of the mindset that evil develops within a person. Perhaps this thought process is based on the Native American concept that within each of us we have two wolves fighting inside. One wolf embodies all of our negative emotions (greed, lust, bitterness, and more). The other wolf symbolizes our hope, kindness, and so on… The wolf that wins the battle is the one we feed.

This places the onus of maintaining goodness on the person. We are each responsible for seeking and extending goodness and mercy. So as we look at this new creation, we see the author grant the same capabilities for love and longing for companionship. Granted, things go awry rather quickly, but stay with me here…

As the story progresses, we see the creatures push to join relationships with others. The moment the creature open his eyes, Frankenstein panics and flees.

The creature wanders around on his own before observing a family. Seeing how they take care of each other and hoping for that same level of human connection (he is after all the sum of his human parts), he attempts to integrate with the family and his monstrous appearance is what drives everyone away.

The creature’s appearance is intentional. Victor chooses to make him large, without regard to beauty. Early in the creation process, Frankstein opts to not start with a small creature. Due to early success, he decides to jump straight to reanimating people. He then dreams bigger and says, “ya know? There’s a lot of small pieces involved, I need to build a man 8 frigging feet tall to make things easier” (that was not a direct quote).

Shelly does a brilliant job of depicting Victor’s hubris. Even before the body draws its first breath Victor is talking about how great it feels to bestow life on another being.

Meanwhile, it’s the few words that the creature shares directly with the captain that hit hard, “‘Do you dream?’ said the daemon; ‘do you think that I was then dead to agony and remorse?’” (Shelly pg. 271).

While I said, I would not refer to the creation as a monster, I cannot help the captain calling him a demon. To be fair, the captain has nothing to go on except the explanation of Victor who has recounted everything, painting himself as the tragic hero. Victor who lost his entire family and while sharing this tale was in the process of dying formed a bond with the sea captain.

I can only imagine the captain and Victor formed a bond over this gothic tale. Yet, it does bring up an interesting point on the power of our words.

Despite Victor’s account dripping with hubris and a lack of accountability, we see him expect grace and mercy from the creature while offering none in return. Jolting back to my statement at the beginning of this piece, as we talk about the two wolves, I believe we, by virtue of being members of society,  have a responsibility to each other for how our actions impact each other. While we agree our social contracts imply we shouldn’t kill anyone or steal from each other, the nuance Shelly provides invites us to go deeper.

Our actions impact each other and we have the capacity to aid in members of our society becoming monsters. If we all got introspective over this and really analyzed how our actions negatively contribute to the world we live in, how would that change our interactions?

The Monsters Within Ourselves

Regardless of how critically you view Victor Frankenstein, it’s clear his creation becomes a monster. While I maintain this creation wasn’t born murderous, I can’t defend his later actions. Like the creature, each of us has an amazing capacity for good and evil.

How we end up then is a result of our actions. Our thought life dictates the paths we head down. Should we exude regard for ourselves and society, we’re able to navigate those waters in a way that allows us to improve ourselves and generate positive change. This brings up a larger point of intent versus regard.

If I only intend to not harm others, I am not expending a lot of effort in not hurting anyone. I am not thinking about unintended consequences. If this were a game of chess I am only thinking about one, maybe two moves ahead.

If I regard others highly, I am focused at thinking through my actions until completion. I put forth more effort into understanding my long term consequences. Applying the chess analogy, I am thinking through how my next move limits all future moves, while also plotting how my actions will impact how you move as well.

Despite this whole post making me sound more conscientious than I am in real life, I often fail to use the high brain functions of regarding others, limiting myself to intentions. These limitations

All too often I feed the wrong wolf and spend my day angry about one bad five-minute encounter, allowing it to override all the good happening around me.

I am not alone.

As I struggle to combat the monster inside me, I know others wage the same internal battles — and these are the good guys. We are all grabbling angry, selfish desires. We all face our internal shadow.

So how do we do it? How do we keep feeding the good wolf? How do we ensure we are not the Victor Frankenstein’s of our own lives? I’d assume we hope our relationships keep us accountable for our actions. While we’re really thinking about it, let’s attempt to hold everyone around us (even those we don’t know/like) in higher regard. Let’s give more people the benefit of the doubt, as we don’t know if they’ve been abandoned by the Victors in their lives.