Resource Management Has Been Vindicated

When we talk about the inspiration behind Vindication as a tabletop game it’s never a discussion about strategy or mechanics (nor preposterously dazzling components, though those are totally a thing – because we can’t help ourselves). The goal of the project has always been to create an exploration of a concept, an examination of something deeper, and from that place let mechanics of substance emerge to engage players in the telling of stories with meaning beyond an accumulation of points. The subject at the core was the idea of ‘honor’ and since you begin the game with an appalling lack of the stuff, the redemptive tale that can accompany such an exploration.

Explore the Art of Vindication 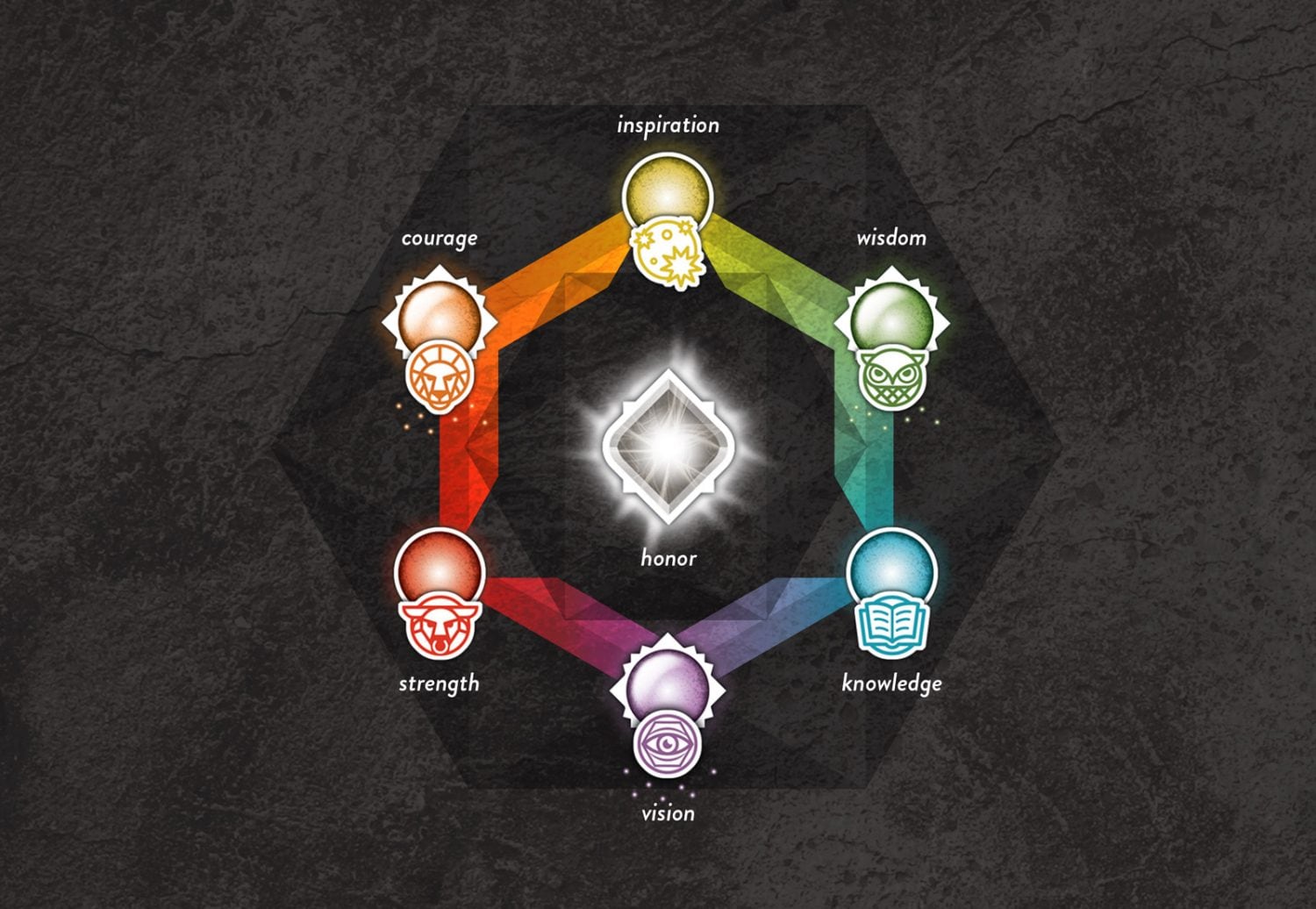 One of the most interesting fruits of this design focus was the development of the attribute system. In Vindication the resources you expend on your journey come from within. Instead of physical objects collected and used to build better objects, the assets you seek and depend upon are the intangible elements we carry with us even when our hands and packs are empty. Want to upgrade your mount to something a bit more efficient? That sounds nice, hopefully, you’ve spent some time training at the fort to gather the requisite strength. Interested in increasing your capacities for the road ahead? Totally with you, but you’re gonna need some knowledge to pull that off – better hit the library. Ready to stop messing around with all this introspective stuff and just charge off to run some monsters through? Love it, and all that strength you’ve piled up will definitely come in handy, but what you really need is courage, and producing that is going to require an equal helping of inspiration.

Here’s how it works (the semi-nutshell version):

Throughout the game, you will be growing and focusing on different aspects of yourself and then leveraging these aspects to do the things you want to do. Because this is a board game, your ‘self’ is represented by a bunch of wooden blocks. Because this is an Orange Nebula boardgame, the blocks are gorgeously colored in untraditional tints. As in life, your capabilities are limited but as you develop you unlock your potential and become able to stretch yourself further. I.e., you have a controlled number of blocks, but you can increase that amount by doing increasy things. 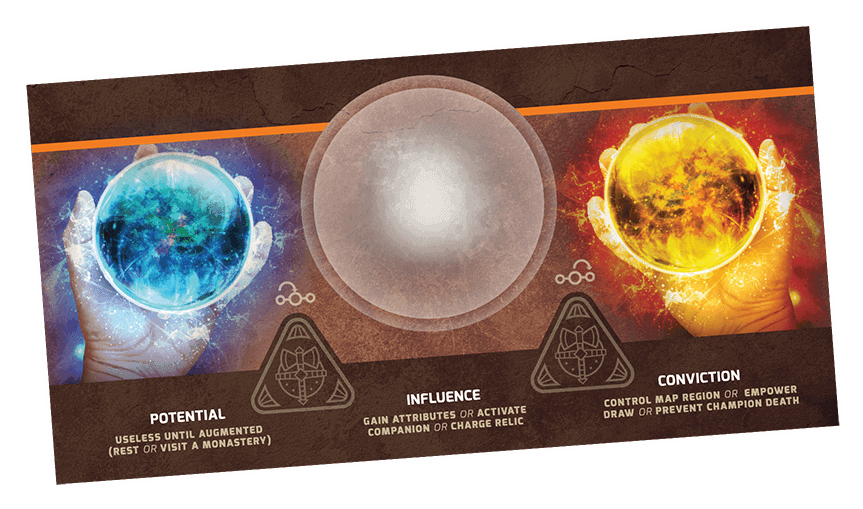 At their basest level, this blocks-of-self can be used in the gamespace as influence and basically represent your interactions with the world. It is through these interactions that you turn your influence into attributes and develop into someone capable of something, you know, interesting. As you move around the map and visit various locations you transfer blocks from your player board to the spheres for ‘strength,’ ‘knowledge,’ and ‘inspiration’ opening doors to more challenging interactions and opportunities to gain honor.

Eventually, you’ll realize you’re ready to go deeper – that it’s time to get truly heroic – and you’ll start calling upon multiple attributes at once to produce the characteristics needed to really push your quest for honor forward in earnest. In this, you’ll find a bit of an internal crossroad. Say you’re decently filled with inspiration (well done, we’re proud of you), now you must decide: is that inspiration best combined with knowledge to generate the wisdom required to develop advanced traits and the bonuses those bestow; or is it better utilized with strength, giving you the courage necessary to impale foul beasties and rack up some serious honor? Perhaps neither, and you just want to inspire a comically large number of companions to join your party and hang out. It’s up to you.

The Lore of Vindication calls to you…

This is just a surface scratch of the decisions you’ll be making as you discover the depths of the system and explore the concept of honor on your quest to, well, have some. Refreshingly simple to understand but gloriously crunchy in practice, even the most immersion-adverse will find something to love in the balance and intuitiveness it presents, making for an accessible and satisfying experience no matter your gaming preferences. And, as with all Orange Nebula creations (and life in general really) it offers that extra bit of satisfaction for those who are willing to go just a bit deeper.

Experience this and many other systems, mechanics, and high-concept explorations on your own journey of vindication.

Vindication keeps getting better – check out the Leaders and Alliances expansion.