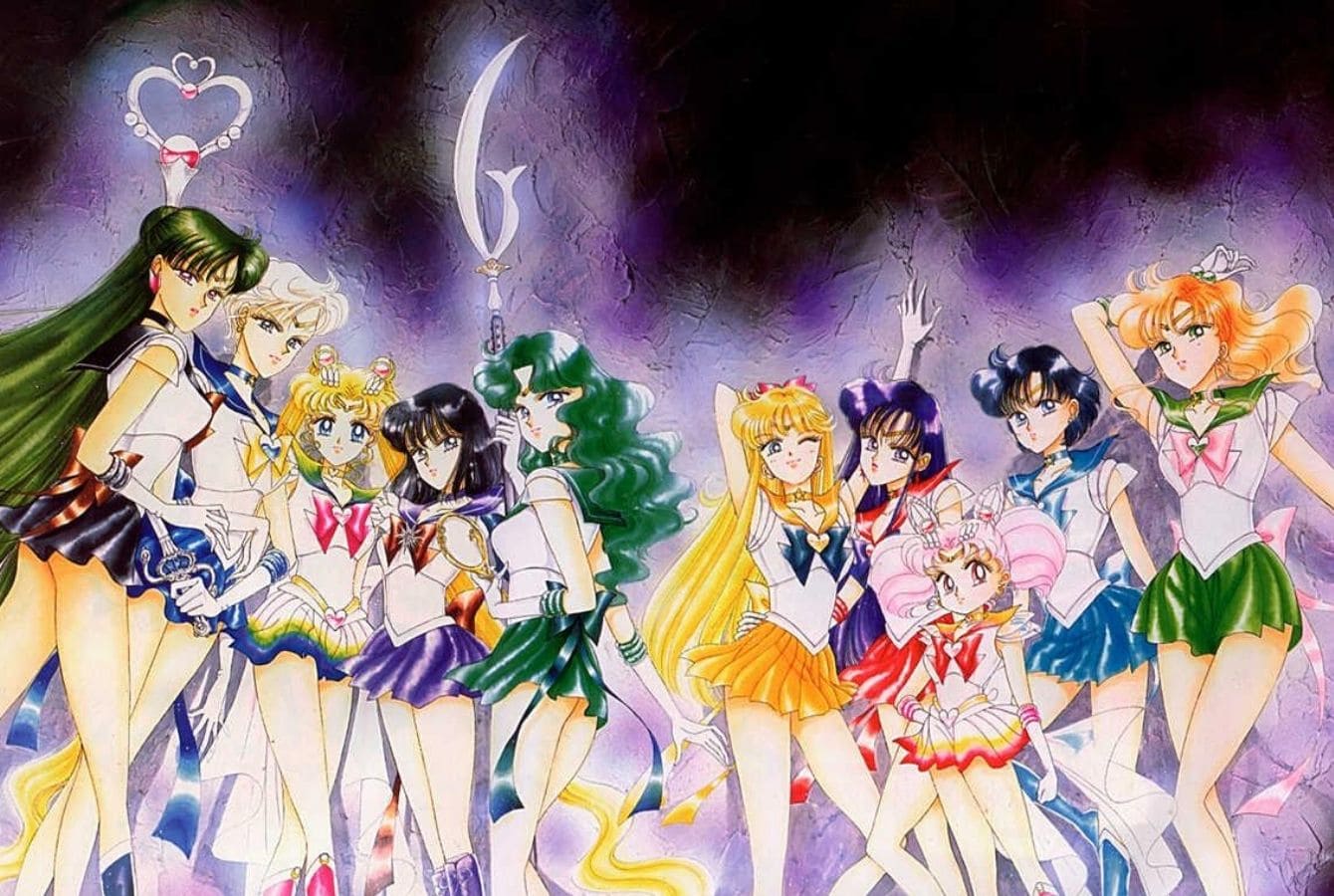 Back when I watched the syndicated episodes of Sailor Moon I loved the storyline of a group of heroines tasked with saving Earth.
Little did I realize the Sailor Senshi are inspired (loosely) by real women.

Most fans outside of Japan would fail to make the connection to Sailor Moon and counterparts living 1800 years before. Backing up a little bit, senshi itself translates to “warrior,” but that’s not how we are first introduced to Usagi.

While my first introduction to Sailor Moon was on the cartoon that popped on the TV weekdays at 4 pm, I am basing my read on Sailor Moon from the original manga. I know the animated series did take creative liberties with character development. While my Japanese isn’t noteworthy, I’m using first edition copies of the Japanese manga to reach conclusions.

Check out the Mythology Behind Sailor Moon

While Sailor V displays the innate prowess we all hope we’d have if we decided to take on crime-fighting, Usagi’s experience is much closer to how most of us would act out in the field.

Usagi appears to be an average girl until she adopts a stray cat with the ability to talk. The first time Usagi transforms into Sailor Moon in volume 1, act 1, we see her immediately break character from the badass crime fighter as Luna bounces off her head.

Without years of training, Usagi struggles through the battle relying on help from Tuxedo Mask.

As we look at the characters in Sailor Moon as warriors it makes sense to look at the female warriors from Japan’s past. During the time of the samurai, we see the rise of the onna-bugeisha.

Samurai is a strictly male word, whereas onna-bugeisha translates to female warrior. These women comprised large segments of the fighting force. After testing the bodies found from a battle in 1580 shows one-third of the army was female. The large amount of female fighters provides context for Naoko Takeuchi’s loveable cast.

It’s easy to point out Usagi is a poor fighter, conversely, we need to remember she’s only 14 years old. As battles start, she breaks out with this incredible transformation, delivers a strong catchphrase about fighting for love and justice before crumpling into tears during the battle. So… she’s age-appropriate.

While her lack of battle malice endears us to the character, we can only imagine the fighting ability she’d possess with a decade of experience under her belt. Sailor Moon teaches herself how to fight – this is a stark contrast to those who came before her. Both men and women in the warrior class started training young. Three-year-old boys received wooden practice swords, getting an upgrade to blades around the time they were seven.

Sailor Moon bumbles through battles without the years of training or mentorship from anyone other than the two cats, Luna and Artemis. Thankfully, the other senshi help out quite a bit or the world would have ended in the first story arc.

While onna-bugeisha were trained in a range of weapons, one particular weapon common to women warriors was the naginata. Very similar to Sailor Saturn’s Silence Glaive, the naginata’s long pole with a sharp blade at the end gives women a greater reach making up for their difference in body frames.

The naginata wasn’t the only weapon used by the Senshi or the onna-bugeisha it was the primary weapon. Historically, female warriors also trained katana (swords), bo (staff), and bow and arrow.

Surprisingly, even Sailor Neptune’s mirror has a basis in history.

In the series, Sailor Neptune uses a handheld mirror that seems like a puny method of defense compared to the Silence Glaive and Space Sword. While not based on Japanese history, one ancient culture used mirrors as a weapon.

There are reports of Archimedes using mirrors to concentrate the sun’s rays on the sails of enemy ships to catch the ships on fire. From a historical perspective, this narrative is problematic as the only accounts of this we see are from the Medieval Period and not his contemporaries.

While ancient accounts suggest Archimedes used cannons to repel attacking boats, Myth Busters does show how the inventor could have used mirrors effectively, as the legend suggests.

As Westerners, it’s easy for us to lose this as we view the anime or read the manga. We mindlessly follow these heroines without understanding the historical significance.

Japanese history contains surprises with an incredible heroine dating back to 200 AD. Referred to as semi-mythical Empress Jingu flew into a fit of rage when her husband the emperor died on the battlefield. Despite her pregnancy, she dressed in men’s battle armor and went to war.

Not only did Empress Jingu go to war, but the ruler also led a three-year campaign capturing the Korean peninsula.

Empress Jingu is the perfect historical role model to start a great comparison with the characters of Sailor Moon. Readers, no doubt, have already picked up on her nobility, ability to lead, and the fact she was a mother– much like Princess Serena, the woman Usagi is reincarnated from.

Empress Jingu isn’t alone in her nobility/warrior status. Both the onna-bugeisha and Sailor Senshi share noble status. In Sailor Moon, all members of the senshi are ruling guardians of the planets sharing their names.

Born into the warrior cast, onna-bugeisha are members of the nobility. The elevated status affords women the ability to train martial arts and weapons. Meanwhile, peasants spend their hours consumed by activities to ensure their survival and supporting the rulers above them.

While we could argue none of the onna-bugeisha were required to live double lives maintaining secret identities, we do see another contingent from Japanese history probably more closely aligned with this aspect of the Sailor Senshi experience: female ninjas were known as Kunoichi.

Japanese history really does have it all.

During the 1500s, a warlord commissioned noblewoman, Mochizuki Chiyome, to recruit and train a network of female spies/assassins. They disguised themselves as temple maidens (shout out to Rei), princesses, and geisha to gain access to targets.

At its height, the network contained nearly 300 agents serving Mochizuki Chiyome, a much higher number than both the inner and outer senshi.

While Sailor Moon’s story ends on a high note (she vanquishes Galaxia) and marries her true love, the story of the onna-bugeisha doesn’t provide us with a Hollywood ending. Considered the last stand, in 1868, Nakano Takeo leads 30 women into battle, defending her clan.

Takeko cuts through six battle-hardened warriors before she’s shot in the chest. Her sister held her as she died and heard her request to cut her head off to deny the opposing army to take it as a trophy.

While Takeko’s death marks the end of the age of these warriors, their decline happens earlier. During the 1700s, the warrior class in general shifts away from war. Men took roles in politics, while onna-bugeisha’s roles restricted to focus primarily on childbearing.

The naginata that came with women into marriage as part of their dowry, shifted to symbolize their previous power. Over time these ferocious warriors have been lost with the focus on samurai.

While Naoko Takeuchi might not have consciously planned to echo the stories of the onna-bugeisha in her creation of Sailor Moon. There are gentle callbacks to Japan’s use of women warriors throughout the story.