Takeaways From the Documentary on Supergiant Games’ Transistor 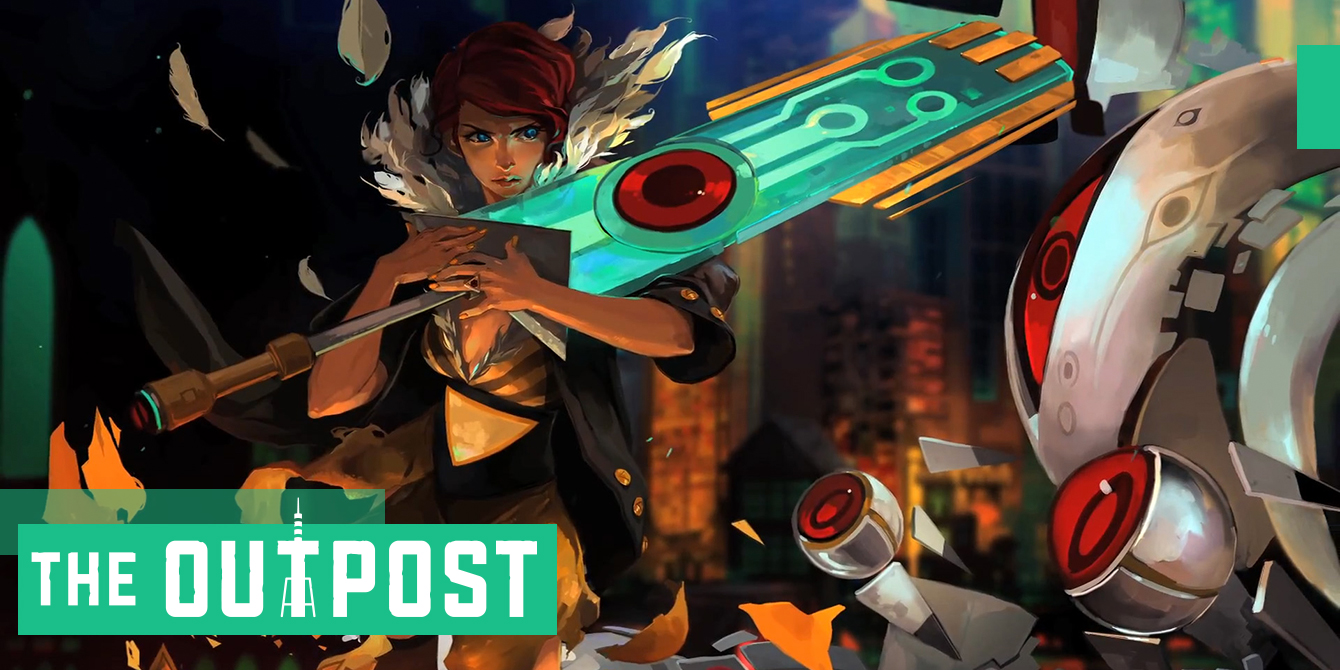 As an entertainment & design studio, it is difficult for us to take in other people’s creations without our “what can we learn from this?” lenses on. Don’t feel bad for us though; we don’t work very hard to take them off.

Here is a thing we just watched:

It’s a documentary about the creation of the video game Transistor by Supergiant Games. Everything about Supergiant’s titles speaks to us; they are dripping with depth, quality, and substance. If you’ve ever wondered what an Orange Nebula video game might be like, play anything by Supergiant. Transistor was their second game, their first as an official we have an office studio after the success of their from-the-garage debut, Bastion, gave them some ground to stand on.

Here are some notes we took for ourselves while watching/listening to this. They aren’t really formatted for public dissemination, nor do they give lots of context for themselves. They are notes. They were voice-to-text dictated into a phone by someone doing dishes. Punctuation has been added (you’re welcome).

They burned tons of time and energy trying to make everything different from their first game (and other games), instead of just doing what was right for the project. They were extremely driven to not repeat themselves. Every question, every design consideration needed a unique solution.

Things took much longer than their production schedule wanted, and, ultimately, the project wasn’t feeling right. Over time they worked themselves out of the pressure to do something new and transitioned into a mindset where they do what’s best. Sometimes that meant solutions that felt similar to their first game. By handicapping themselves with an artificial limitation and pressure to only do something different, they weren’t letting the project be its own isolated thing with its only context being itself.

Make the thing that only you can make, but don’t force every single piece of it to be different for different’s sake. It needs to be different in the ways that it can’t help but be different because the unique heart of the project demands that element be different. Dig deep and trust that if you’re making work from your heart, it will be its own thing by the very nature of you being your own thing.

Most entertainment products are designed to be like something that came before. They are inspired by something else. They are attempting to capitalize on something or be “the next whatever-we’re-imitating”. They are consciously, intentionally made that way. If you have the instinct to do something new, something different, and that’s a driving force for you, then you’re already where you need to be to make something that will fulfill that goal. You don’t need to stress it or try to force it consciously. Trust yourself, and focus on discovering the truest version of your project without any type of “is it different enough?” insecurity.

Real momentum comes when you focus on the thing’s soul

Nothing felt right for them until they finally figured out the story. Before they took a step back and solidified the narrative they were trying to tell (thus finding the heart of the thing), things never felt quite right. They were focusing on how to make a game that differentiated itself. They were focusing on how to solve perceived issues from their first game. They were designing to answer all sorts of questions except the most important one: what is the soul, purpose, and heart of this?

Once they took their attention off the external and re-approached the project as a unique creation that needed to understand itself so it could be true to itself, things started clicking into place, and the pathways forward became clear(er).

Understand the sacred concept of your project and let everything flow from that. Use other questions and considerations as checks, filters, and opportunities to spawn new ideas and new directions, but don’t try to build the project out of them.

Growing your team gives you more bandwidth; after it gets done messing everything up

Throughout this thing it is evident that learning to function as a larger team with many new voices takes time and experience. Balancing everyone’s opinions can take forever and bog things down. All-team meetings can stretch for hours and pull something in so many directions it can’t advance. More voices improve things in the long run but learning how to harmonize them effectively and make progress is a skill the studio had to learn

No one says this, but it seems they got their most traction when they would work through an idea in smaller groups of 2 or 3, get it part way, then take it to the whole team to get some additional perspectives. Then, they would take it back into small groups of 2 or 3 again.

If you enjoyed reading these notes and want us to take the time to share more things like this, let us know in the the Outpost Community on Facebook! We’d also love to hear your thoughts and reflections on these observations and the video in general.

We now release you to spend the rest of your day watching more Noclip videos instead of doing whatever it is you’re supposed to be doing.