The Birth of Godzilla 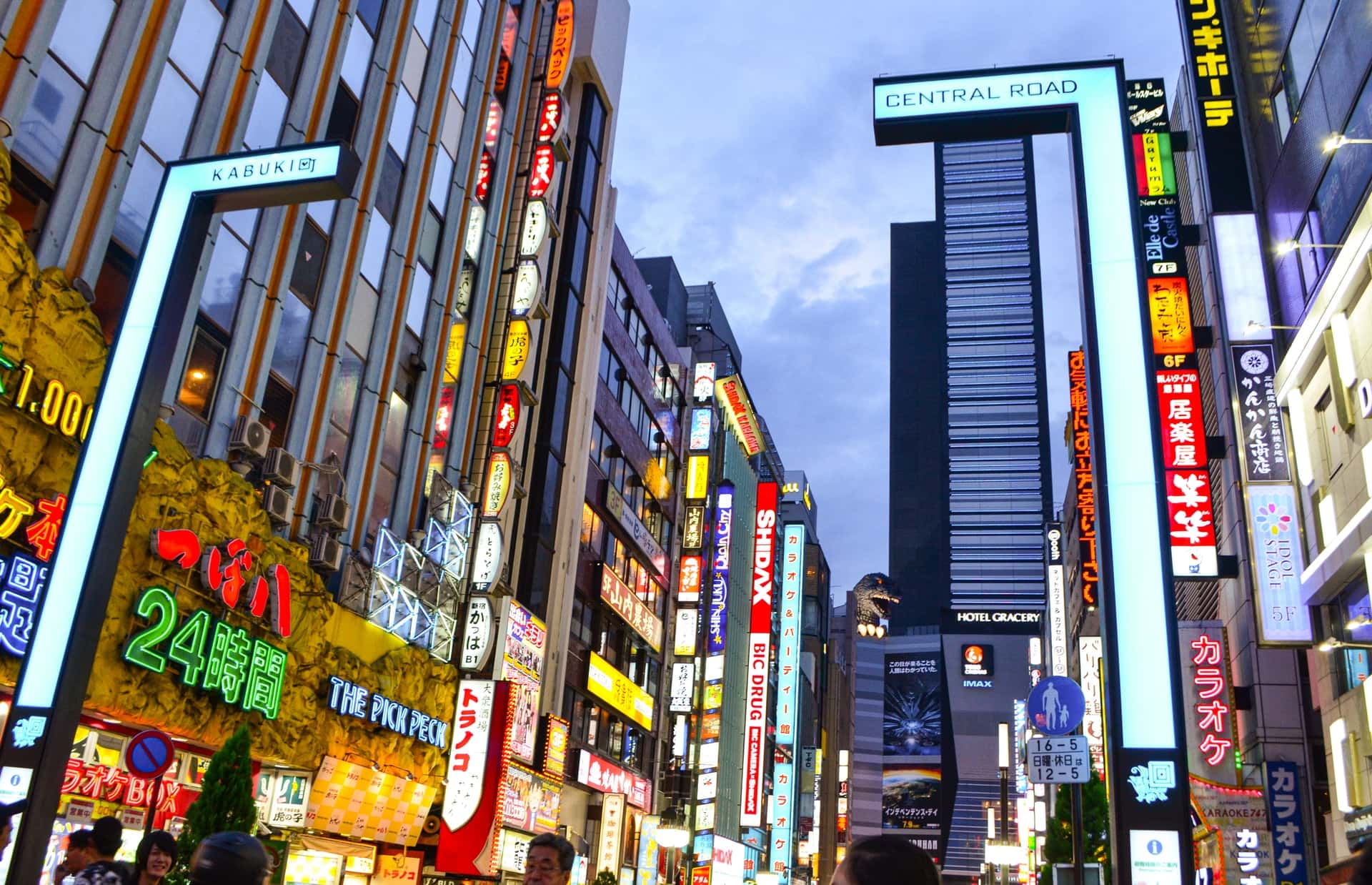 My intro to Godzilla might have happened on the streets of Japan. It certainly seems logical that I would have gravitated towards a large dinosaur-like creature as a toddler.

Years later, over the sultry tones of “Kasmir,” by Led Zeppelin, Puff Daddy created a track for a reboot of the franchise. Over dryly chanting, “come with me,” the hit song acted as a huge source of marketing. This was back in the day when music videos held greater importance. The entire thing had more explosions than a Michael Bay film.

And there — that mammoth lizard rampaging through the street, wrecking absolute chaos was my first conscious memory of Godzilla.

I know that’s a bit late to the game. I’ve already cut the corner of my geek chit in shame over the late introduction. It does make me think through – what are the origins of Godzilla?

Not the prescribed origins found in the narrative. Much like Sailor Moon is the amalgamation of female warriors in the samurai class and Japanese mythology, Godzilla does have ties to history and culture.

The History Setting Up Godzilla

The original Godzilla done in black and white doesn’t seem to have the hundreds of years of percolating about history and myth Sailor Moon has, but it does have a much darker and deeper history which many modern viewers miss. To really understand Godzilla we need to look at the era when it was created.

WWII was over. Allied forces were occupying Japan.

In America, the baby boom started and would continue until 1964. The economy in the US was strong. Many servicemen were using their GI Bills to help get mortgages and the Gross National Product doubled. This was the Golden Age of Capitalism.

One example of the growth of capitalism occurred in July of 1955 when Disneyland opened. Excitement for this new amusement park was at a fever pitch. Meant to open to invitations only, opening day at Disneyland had significant kinks. Thousands of counterfeited invites caused food and beverages to run out and too many people boarded the Mark Twain steamboat almost capsizing the vessel.

Despite the chaos, it’s easy to count that grand opening as an incredible success completely blowing away expectations.

Shifting focus to nuclear energy, as America continued to operate under economic prosperity, it began to experiment more with nuclear energy. In January 1955, the USS Nautilus, the first nuclear submarine, went into service.

While this use of nuclear energy is a distant cry of its more destructive uses, the story of Godzilla starts germinating a few months earlier in March of 1954.

On March 1, 1954, during nuclear testing at the Bikini Atoll near the Marshall Islands, a Japanese fishing boat, named Daigo Fukuryū Maru, unknowingly entered the fallout plume. Twenty-three crew members watched as white radioactive dust fell and covered them. One crew member reportedly licked some of the ash, noting it had a gritty texture it was tasteless.

Later that night the crew began suffering from radiation sickness. By the time they returned home their hair was falling out. As a fishing vessel, the ship returned with cargo ready to hit the marketplace. Since the crew returned late in the day, most of the tuna stayed on board the ship.

Over 100 other fishing ships encountered the fallout plume resulting in the FDA enforcing a strict restriction on tuna imports.

It also spawned an anti-nuclear movement across the globe.

The Birth of the King of Kaiju

Monster movies, referred to as kaiju in Japanese, were on the rise in pop culture. In 1952, King Kong came back into theaters (first appearing in 1933). A year later, 20,000 Leagues Under the Sea hit the silver screen

With kaiju flooding the imagination, picture the Japanese producer, Tomoyuki Tanaka, flying home after the film he’d planned to make fell through. Around this time, the crew of the Daigo Fukuryū Maru suffered radiation sickness.

In the back of his mind, Godzilla began to grow.

Godzilla’s name comes from the Japanese words for gorilla (gorira) and whale (kuzira). While a gorilla/whale hybrid sounds like the stuff of nightmares, the creative team cobbled together a variety of dinosaurs to create Godzilla’s look and feel.The creative team ended up building a 220-pound suit that was used in the filming of the motion picture. Wearing the suit caused the actor to pass out after only three minutes.

Hail the creation of the monster empowered by nuclear radiation.

As both a mixture of anti-radiation movements and kaiju movies, Godzilla, disturbed by hydrogen bomb testing, starts 86ing ships and people. Godzilla crashes through the cities, impervious to atom bombs. The wake of his destruction conjures similar images from cities bombed during WWII.

The human characters the story revolves around creating a weapon that destroys the oxygen, hoping that would kill the creature — after creating the device, they end up destroying the research fearing national governments will force them to create a super weapon.

Once the weapon kills Godzilla, removing all the oxygen, the creator of the device removes his oxygen mask, choosing to die with the kaiju, thus ensuring his knowledge isn’t used against anyone else.

That image is a sharp contrast from Oppenheimer and when viewed out of the context from the time period it was created, I have to admit a lot of the themes were lost on me.

Effects of Godzilla in Theaters

With the emotional scars of the nuclear bomb blasts of Hiroshima and Nagasaki still raw in public consciousness, the Daigo Fukuryū Maru was another victim to nuclear power the Japanese public tried to manage. Mixed with scenes of burning cities and hospitals filled with children, the movie became a blockbuster.

American audiences weren’t in the same emotional spot as the Japanese, as you might imagine. As the victors of WWII who viewed using the bomb as a necessity, simply dubbing over the dialogue and showing it to US audiences wasn’t going to fly.

Most of the political themes embedded in the story were or edited down or removed completely, which allowed for the original film’s 1 hour 38 minute length to get trimmed down to 80 minutes. It wasn’t until 2004 when the original Japanese version was rereleased in select theaters that American audiences were able to see anything other than the one originally offered to the Western world.

The political aspects of the film weren’t the only aspects that were edited. Godzilla’s size was upgraded as well. In order to make the creature more menacing, the 1954 version had clips of a Canadian actor in a larger costume added.

So while the American reimagining of Godzilla was my introduction to the franchise, the 1998 recreation of Godzilla wasn’t received well by Toho, the company in charge of first bringing the god of kaiju into our world. While originally viewed to embody a Shinto god of destruction, who is neither good nor evil, Godzilla kills while not acting as a predator. He exists in a way that just so happens to hurt those smaller screaming humans running at his feet.

When Tristar pictures redid him, this creature is bobbing and weaving missiles like he is the underdog of a boxing film. During a screening of the film, Toho execs left the theater claiming this creature didn’t have the spirit of Godzilla. All future renditions of this version of Godzilla refer to the creature as “Zilla,” since Tristar had removed the “god” from Godzilla.

To them, Zilla was a mere lizard animal.

The Future of Godzilla

Godzilla is a fixture in our culture. Worldwide we know who he is. He still has movies coming out with 2021 launching Godzilla vs. Kong. While the king of kaiju is here to stay, I believe it’s important to revisit Godzilla’s origins in the imaginations of its creators.

It’s fair to say we will continue to see the evolution of Godzilla. Each movie will continue to expand on the existing narratives, perhaps twisting some to such their needs and storyline. As we continue to research more about nuclear power, we are likely to see this affect our understanding of Godzilla. Where today he has seemingly lost his Shinto god-like nature, he will likely evolve to incorporate our growing knowledge. While our early understanding of nuclear fission only had weaponized applications, it’s now growing to incorporate powering space exploration.
So how will Godzilla continue to change? Do you see him reverting back to his 1954 roots? Frankenstein‘s use in pop-culture has dramatically shifted as well. Originally Mary Shelly’s incarnation morphed when Hollywood took it over. Later, in 1994, Frankenstein redeemed the authorial intentions when played by Robert De Niro

Do you see multiple variations? In his story, I believe we are likely only limited by our imagination.