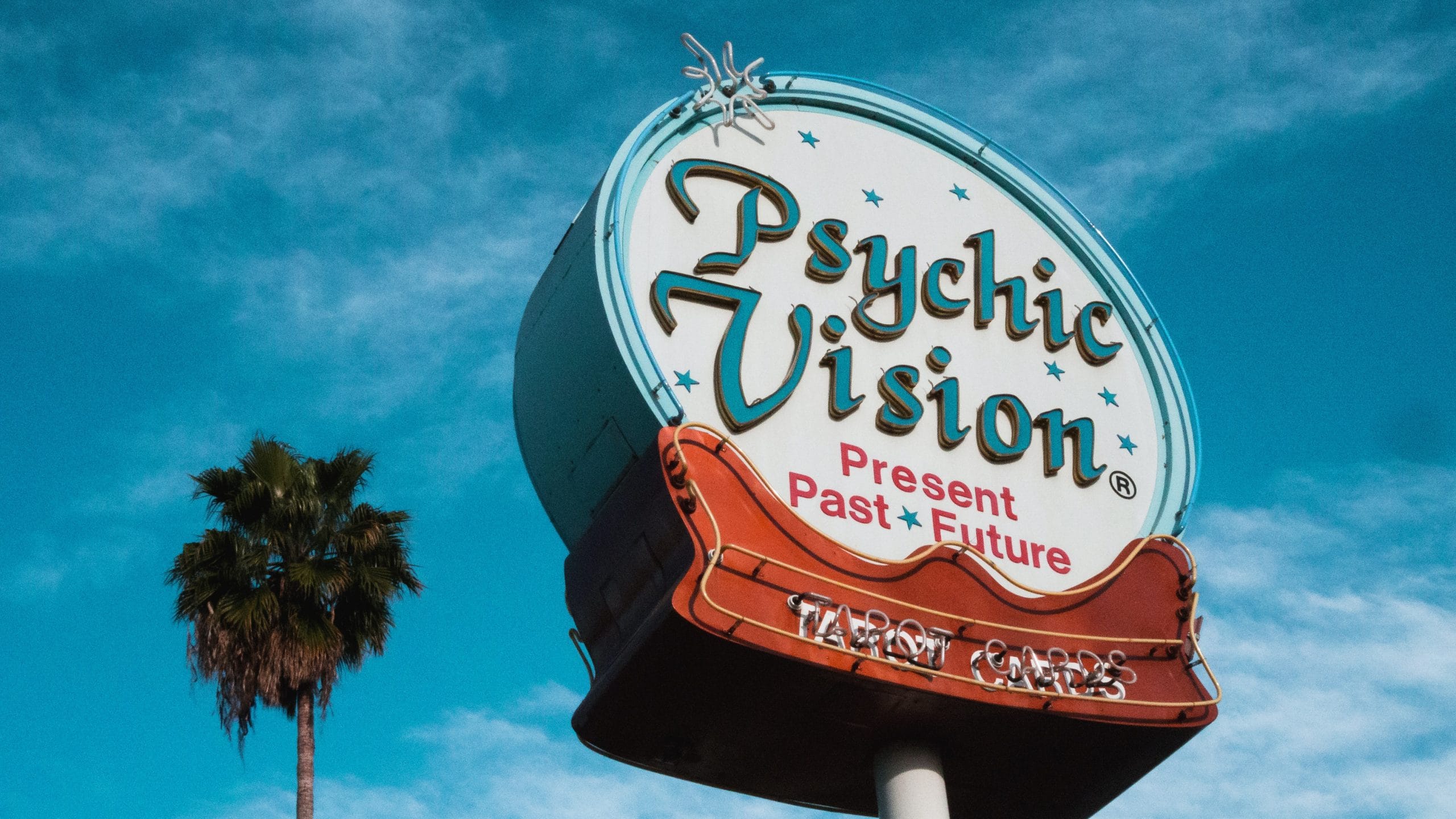 Part of thinking about Orange Nebula’s battle cry to “think bigger,” causes me to explore the realms of possibility. Our brains house our creative genius, with each one of us able to create something incredible. What if our brains were able to do more? What if we had psychic abilities?

As a small child, I lived off base, in Japan. When my dad would deploy on his aircraft carrier he’d be gone for weeks at a time. This was my normal. One night I woke up screaming, “Daddy can’t see me! Daddy can’t see me!” My mom comforted me, told me it was just a nightmare.

Two weeks later we got a letter in the mail saying my father had spilled jet fuel in his eyes and couldn’t see for a couple of days, but he’s fine now.

The jet fuel incident wasn’t isolated. It was one of a handful of events throughout my life.

I will be the first one to stand up and tell you that I am not psychic. For every nightmare I have about something that comes to pass, I have 1500 more about selling spiders while my teeth fall out. While I am not going to turn this post into a break down of whatever that could mean, I am going to explore the possibility of what our brains might be capable of.

After all, more than mom believes in the probability of psychic activities. The government has done quite a bit of research on the topic and created this report to assess for psychic functioning.

The CIA created Project Star Gate from the years 1972 – 1995. In this program, the CIA had remote viewers. Joseph McMoneagle, was an Army veteran who participated in about 450 missions during his time from 1978-1984. His exploits include locating hostages and helping identify a suspected KGB agent.

While the CIA eventually disbanded the project and released a report in 1995 labeling the program a failure. Analysts concluded that while “something beyond odd statistical hiccups is taking place,” and believe it remains unclear whether this phenomenon provides “actionable intelligence.”

While none of us have the statistical likelihood of getting tapped for a government experiment into our psychic abilities many of us make predictions about the future all the time. When we are walking our dogs we might predict whether or not they will get along well with another dog on their walk.

When the dogs react poorly to each other we confirm that our animal doesn’t get along with other dogs. We believe we predicted the future.

This doesn’t mean we are psychic. In Patricia McConnell’s book, The Other End of the Leash, McConnell looks at the common occurrence of two dogs meeting on a walk. As owners approach each other, it’s common to feel anxious about how the dogs will interact.

We hold our breath, we pull the leashes tight, our faces express fear with open mouths and wide eyes. Our dogs, pay attention to us and our fear then react aggressively to each other.

The dogs aren’t the problem. The problem is what the dog sees. In this case, we aren’t psychic either, we suffer from confirmation bias. Since the event matches what we assumed would happen we believe we were right, failing to see this was a self-fulfilling prophecy.

Taking this a step further, because you’ve already read this far into the rabbit hole, we all have encountered people we instantly trusted and conversely met people who while we can’t put our finger on it, we don’t trust. Many times these gut instincts are proven right.

What are we seeing?

If we look at the earlier example with the dogs, there has to be something we are picking up on? Paul Ekman is an American Psychologist I first read about in Malcolm Gladwell’s book Blink. Ekman coined the term “micro-expressions” and believes people’s expressions display their innermost feelings, even if these expressions occur for a fraction of a second.

What if, looking at the people we didn’t trust immediately without knowing why only later to find out they ended up doing some shady things.

My Puppy Identified a Serial Killer

When my family moved back to the States from Japan we got a wolf-hybrid puppy. Because wolves have bad reps for going feral and attacking people my parents ensured this animal was incredibly socialized.

We took the dog everywhere and introduced her to all walks of life.

Since my dad was still in the Navy, he continued to bring coworkers to the house for barbeques and hang out. My three-year-old sister and I used to wrestle with dad’s friend Cleophus. We all liked him – except our six-month-old puppy, Miko.

As soon as she saw him, she turned into a growling snarling mess. Forced to go into the backyard she’d pace, watching him.

After about a year of coming over, Cleophus Prince, Jr. was arrested for murdering six women and my family vowed to listen to the dog.

Like the dog walking example, was my dog picking up on a strange tension we failed to notice?

What if some of our prophetic moments result from our ability to take in more information than we can process and use gut instincts to react to the data we still digesting?

While microexpressions explain gut reactions and confirmation bias helps account for a lot of crazy scenarios we still can’t account for the truly bizarre things that happen. What if, as in my first story, we as humans have a sixth sense?

Do we have a latent ability where our brainwaves connect on a plane beyond a physical realm? One poll points out that 41% of people believe in ESP.

Despite the large number of people believing in ESP, physicists like Sean Carroll from Cal Tech is a skeptic. When Carroll was asked about the likelihood of ESP as a reality he responded, that we know a lot about the brain. We’d be able to pick up the signals it would take for ESP to be a reality and since we can’t identify them, they don’t exist.

What We (Don’t) Know

While many of us have incredible stories of “coincidences,” it appears science doesn’t share our belief in the paranormal. Instead of chalking up my crazy occurrences to mere coincidence, allow me to leave this on an interesting note.

Yet, only 47 years later we went from laughter to elation with the moon landing.

While I am not saying ESP is 100% a thing, I am acknowledging how brilliant minds are also subject to confirmation bias. Perhaps we don’t know what we don’t know. As a result, how can we say with certainty that ESP doesn’t exist?

What do you believe? Is ESP a thing? Do humans have a latent ability to communicate or see across space. Have you ever encountered a situation you can’t explain? Have you had your own dream giving you knowledge about something you couldn’t have known?

For me? Because I believe we uncover awesome new ways our world works all the time I will continue to create the world I want to live in and do what I can to dream bigger.