UFOs: I Want to Believe 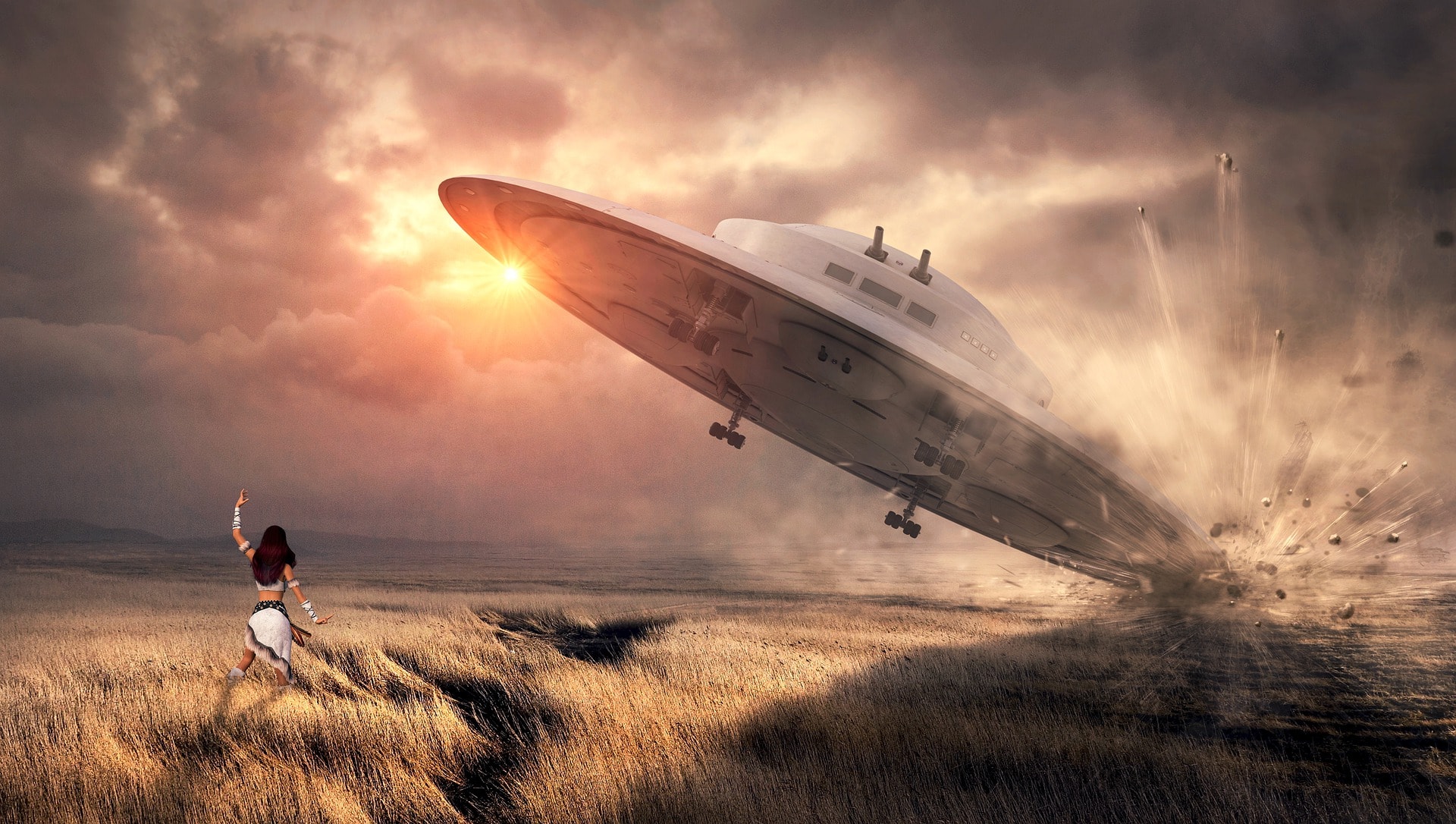 Like many in the Outpost, I’m a huge X-Files fan. I am fascinated by things I don’t understand (except advanced mathematics I can leave well enough alone). My household constantly streams documentaries with a decent amount of screen time allotted to astrophysics, space, and the probability of life on other planets.

When it comes to aliens and UFOs, I want to believe.

The Meaning of “UFO”

Before I venture any further into this topic, let me pause long enough to mention the definition of UFO simply means unidentified flying object. All a UFO is something that flies that we, at the time do not have an explanation for.

Now, during my high school graduation, some fellow students smuggled tortillas under their robes and frisbee’d them into the crowd of well-wishers while the ceremony took place. I argue, these initially were UFOs — until someone realized what they were.

If we accept the definition of UFO as something that flies and we can’t identify, we then need to break our definition down further into terrestrial and extraterrestrial.

In my story from high school, while the tortillas were initially UFOs, they were at no point possible ETs.

Prior to 2019, the US Navy had procedures in place that ignored instances of UFOs. In an article in the Navy Times, Luis Elizondo, a former military intelligence official compared the Navy to an airport saying at large airports people are told if they “see something, say something.” Yet in the Navy, it’s the opposite.

He goes on to say, “If you do see something, don’t say something. … What happens in five years if it turns out these are extremely advanced Russian aircraft?”

This should give you pause. Up until recently, we had no way for pilots to report new aircraft. We aren’t even talking about little green men yet. The article goes on to say that instruments that pick up readings recording crazy results have processes in place to automatically dump the information.

Well, before we dismiss these as mirages or something just slightly better than existing technology, here’s clips of the declassified videos documenting UFOs, or unidentified aerial phenomena, in this case

The clips strung together in the above clip from CNN aren’t unique. In fact, through the Freedom of Information Act, there’s a list of UAPs on the subject. In the clip labeled GOFAST, you hear pilots’ excitement watching these objects race through the sky.

While the excitement in the pilots’ voices make me want to follow suit in believing these UAP might have links to another part of the universe, other reports cite these objects as probable drones, noting it’s only a matter of time before we see a collision between them and aircraft.

Perhaps these are drones, but Luis Elizondo believes otherwise. In fact he resigned from the Defense Department in 2017 protesting the secrecy of the program researching the phenomena.

Now this next bit is fairly controversial as it relates to religion, before diving in, I want to take a moment and cite sources for these ideas, as well as acknowledge the source material is problematic

As a show “Ancient Aliens,” entertains flights of fancy and draws parallels from all over the globe, presenting interesting historical sites as well as intriguing pieces of religious texts. What makes this material problematic is not the pseudo-science they employ, per se.

The biggest issues with the show revolve around how they address the creation of ancient building sites. Talking heads on the show commonly downplay the ingenuity of ancient cultures, claiming instead these peoples relied on ancient alien architects to build the structures for the people.

I do agree with the commentators that ancient structures are incredibly complex and mind-numbing in trying to figure out how they were built. However, when we ascribe the creation of the structures to extraterrestrial intervention over acknowledging the skill and ingenuity of ancient peoples we fail to believe in human creativity, demeaning others.

So with that out of the way… the show does pull on two interesting passages from two different religions.

UFOs in the Bible

TLDR. It talks about Ezekiel seeing a windstorm from the north, with a cloud and flashing lightning that’s surrounded by a brilliant light. In the middle of the cloud, there’s a fire that looks like glowing metal and human/ox/eagle/lion faces.

It flies, has wings, there are wheels. It sparkles like topaz and speaks with the voice of God.

Ancient alien theorists purport this is an ancient Hebrew account of Ezekiel encountering a UFO. And I have to admit, that’s pretty compelling. This version is, of course, the result of reading an ancient transcript after removing all of the contextual information the original audience would have accessed.

Commentary for this passage reminds readers that prophets like Ezekiel used metaphor to speak to their audience. The overall passage reflects the omnipotence of God. Humans in Ezekiel’s vision are exalted alongside depictions of domestic animals, feared predators of the land and air. John uses the same four animals when he talks about the apocalypse in the New Testament.

The fire Ezekiel sees is a symbol of the removing sin from his people. This metaphor is used over and over in the bible.

Basically, Ezekiel received a vision of God. As a human being, he attempts to describe the entire personhood of a being that isn’t a person.

The Vedic period from which these texts were written ranges from 1500 BC—500 BC.
Ancient Indian Vedic texts seem to provide accounts of several different types of crafts used for a variety of purposes.

“Ancient Aliens” believes these include accounts of UFOs fighting each other in crazy battles. Maybe that’s the case. The truth is, we lost a lot of scripture from the Vedic religion.

Nalanda University, where records and literature were held, was destroyed on three separate occasions. Perhaps there used to be supporting documentation that explained much of the UFO sighting as symbolism, like with what we find with Ezekiel. Maybe things were crazier than the surviving text.

So now that you’ve read this far down my rabbit hole… What if UFOs are real? What if they’ve kept tabs on our planet for millennia.

If UFOs are real, I believe we already have a paradigm for understanding how they interact with humans — they don’t.

I choose to believe aliens have little motivation to deal with our civilization and probably follow something akin to the Prime Directive. At the moment, we’re too volatile and without the multi-national collaboration needed to create warp drives, do not contain the capacity to wrap our brains around not being alone in the universe.

Maybe I’m wrong. Maybe aliens have been with us throughout history, causing us to think elongated heads are linked to royalty. This would explain why Egyptian pharaohs bound the heads of their babies to shape their skulls into an elongated shape.

Or coming from a completely different angle… what if aliens kept their toes off our planet. Could it be that humans are incredibly creative and have the ability to build structures that seem to touch the heavens?

What if our brains give us the ability to create objects to get a better look at the stars and understand the world around us? Could our modern storylines of Prime Directives and little green men cause us to see aliens in stained glass windows?

Aliens then, could be our modern version of fairies, mermaids, or trolls.

Ultimately, at this stage of our existence, I believe we still don’t know what we don’t know. Even with that said, I still want to believe.